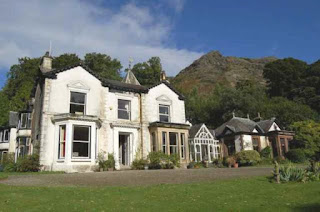 I've ignored reason and bought a lottery ticket because of this house. It's way over budget for the sort of properties I usually pick for 'wreck..' but too gorgeous to pass over. Anyway, I had my fingers crossed when I bought the ticket so that'll work.
It's not exactly a wreck - more faded and neglected, although a few more years of poor damp management is likely to do some damage.
Holywath House, in Coniston, is an 11-bedroom (yes, I did say 11) country house on an estate of over seven acres - served by its own hydro electricity system.
Part of the house dates from the sixteenth century and it's been owned by the Barratt and Hext family for 180 years.
The death of 92-year-old Major Hext, in 2010, led to a "Cash in the Attic" bonanza with his seven children putting around 600 weird and wonderful items up for auction.
Holywath has stunning original features - my particular favourite is the garden room, with these beautiful windows: 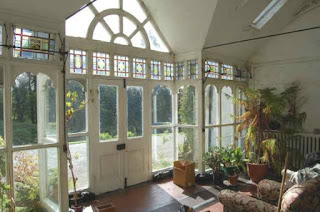 Lots of rooms have original panelling and fireplaces, including the﻿ stunning, 27ft by 19ft billiards room - imagine this as party room! 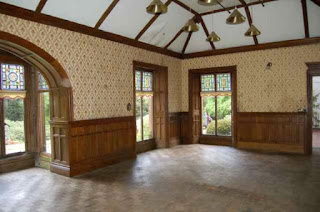 The Major served in France and Burma during the second world war but his retirement was rather more peaceful; he was a railway buff and built and for 50 years operated a miniature steam railway around the grounds of the house, much of which is still in place: 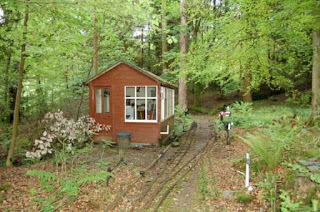 I found this video of a trip through the woods on Major Hext's railway, shot a couple of years before his death. The sound is especially wonderful:


Holywath House is on the market at £895k through agents Michael Hodgson. More details and pictures here.