A cottage, a cowshed, a farmhouse and a manor 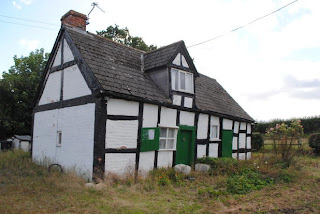 Three unusual properties today, all suggested by 'Wreck..' readers and all in various stages of decrepitude.
First up the one-bedroomed cottage, above, emailed by Chrissie. Cute but odd, not least in it's rather cavalier attitude towards the concept of ceilings: 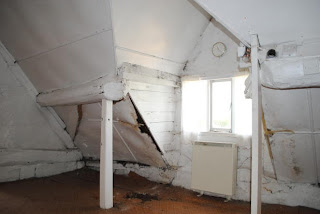 It's a 17th century, Grade II listed cottage a couple of miles from Wem, in Shropshire, where Henry Eckford perfected the sweet pea.
It comes with planning permission and architect plans which incorporate the half-timbered original building into a four-bed country home (hence the £135k price tag...).
Good location and nice bit of land around it. On the market through Barbers Rural - details and more pictures here.
Next, reader Wendy writes: "I've been reading Wreck of the Week for some time, hoping that I would one day retire to the UK and work on a little wreck of my own. Here's a nice one for your blog."
The Carmarthenshire property she sent me makes the Wem cottage look positively luxurious! 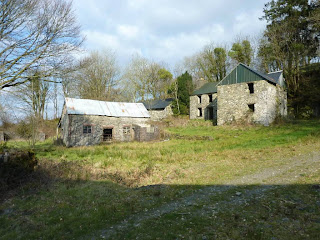 On the market through BJP, it's basically a farmhouse and barns - all derelict and being sold off in lots or potentially all together.
The stone cowshed (to the left of the picture), comes with around a quarter of an acre of land. Details here. There's no price on the web link but it's previously been on the market for around £70k, as a package sale with the farmhouse below.
The farmhouse - the big building to the right, is being sold on its own at offers around £125k. That also includes a quarter of an acre, plus the stone workshop you can just about see behind both buildings.
However, if the Wem cottage struggled to control wayward ceilings, this farmhouse long ago gave up trying to hold onto floors, walls and pretty much everything else: 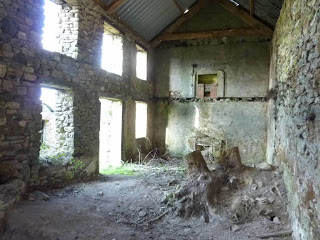 More details and pictures here. Both properties are in gorgeous countryside near Abergorlech, around seven miles from Llandeilo.
There's also a third building, fronting the plot, and you would need to know what the plans are for that one.
Finally Dawn sent me the amazing building, below, up for auction through Pugh on April 25th. 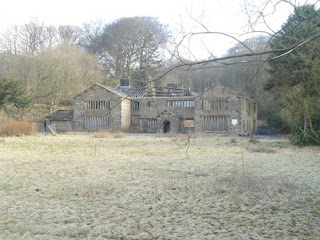 Holme Hall, in Cliviger, near Burnley, has had a rough few years. Unoccupied since it closed as a nursing home in 2003; two big fires in 2004; owners going bust; lapsed planning permission, and derelict a long time.
The former manor house has one-and-a-half acres of grounds and Grade II* listing - and an auction guide price of £100-£150k, around a quarter of what it sold for in 2005. Details here.
Once it looked like this: 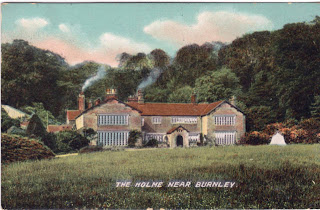 The sentimental property fool in me would like to think there's a phoenix sleeping in the ashes.