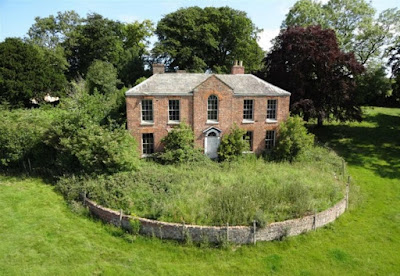 Hopefully you've had your morning Weetabix, because you're going to need a strong stomach as well as an imaginative mind for today's wreck.
If any property epitomised my concept for 'Wreck of the Week' it's this handsome derelict manor house, in rural Lincolnshire, sent to me by regular reader Matt.
On the one hand you have that impressive front view, above, of the Grade II listed Lodge Farm. On the other you have this rear view, with its attached washhouse giving an indication of the vegetative invasion. Japanese Knotweed is just one of the boss battles you'll need to win. 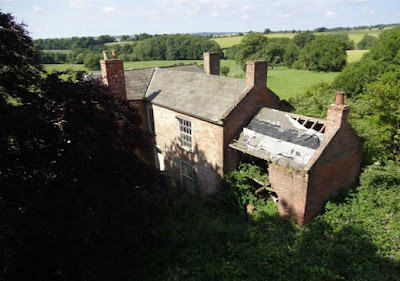 There are wonderful original features - shuttered sash windows and cast iron fireplaces in most rooms: 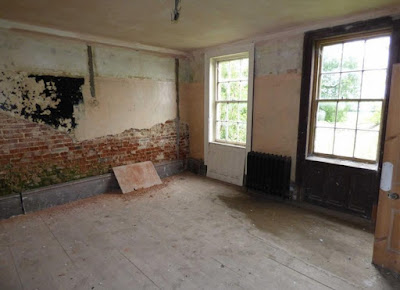 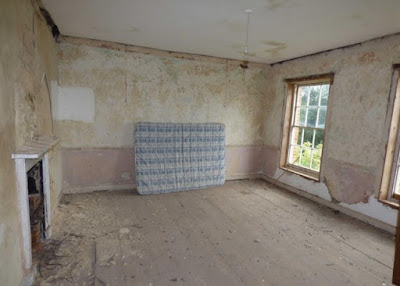 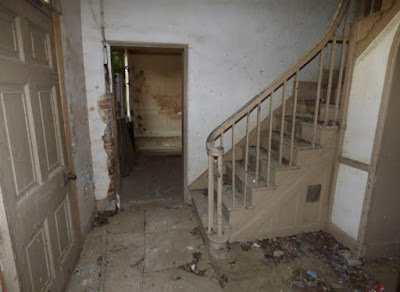 And some rather less attractive features, the result of fallen ceilings and rain ingress. 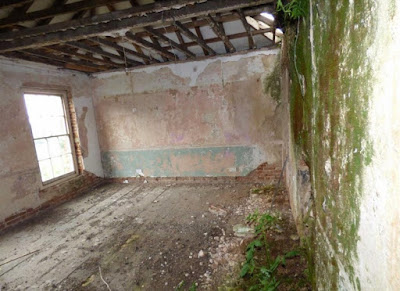 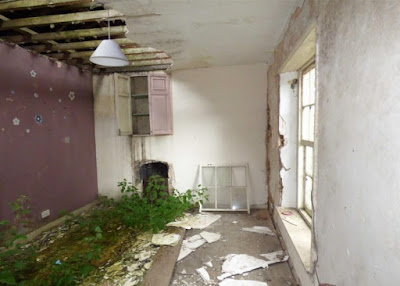 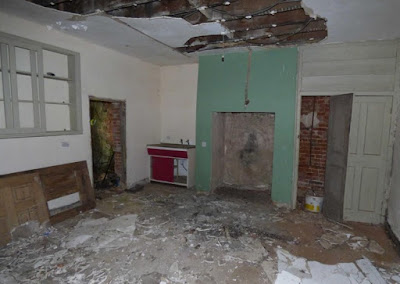 Some of the first floor rooms are unsafe, and the room off the kitchen (the 'door' to left above) is an open shell.
Downstairs are two reception rooms, kitchen and room off, front and rear hall, and two cellars. Upstairs are five bedrooms and a currently inaccessible bathroom.
The property is just outside the Lincolnshire village of Skendleby, 35 miles from Lincoln on the edge of the Lincolnshire Wolds. The area's Roman past prompted an archaeological survey in 2011, prior to an application to demolish a number of outbuildings.
Lodge Farm, previously known as Skendleby Lodge, sits in half-an-acre of grounds, overlooking grazing land. Access is via a right-of-way over an unmade track - another issue to consider in relation to the works vehicles and materials renovation will require. 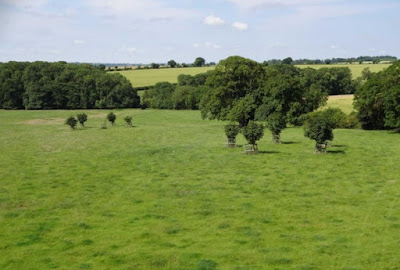 There's no information about services - some must have been connected in the past, although the property has been derelict for some time (it appears to have last sold in 1995).
On the market through John Taylors, at offers around £300k. Details here and on Rightmove here (bigger pictures) and PDF brochure here. 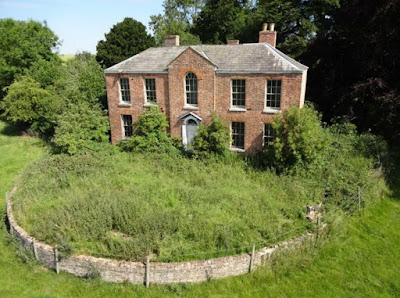