Looking for a town house and a country house? 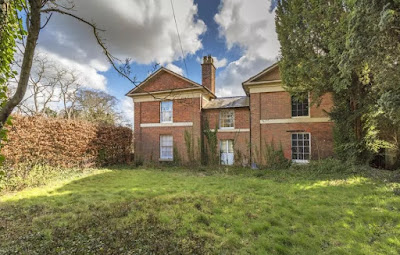 Two very handsome wrecks to show you today and which just so happen to both be in Newport. As in the not-Wales Newport. Or the not-Isle of Wight Newport. Or the not-Yorkshire, not-Cornwall, not-Essex, not-Norfolk Newports. Nor any of the not-UK Newports, such as the ones in Quebec, California, Vermont, New South wales, Queensland, or even the Newport crater on Mars.
There are a lot of Newports.
This particular Newport is in Shropshire and I'm going to show you Station House first on, predictably, Newport's Station Road. 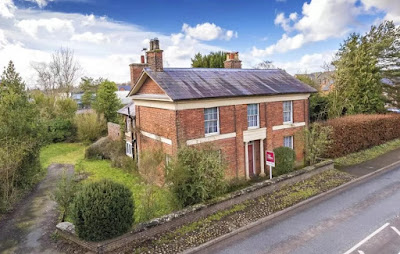 Built around 1830, the former Station Master's home was bought from British Rail in 1974 by its previous owners. The building is Grade II listed, and that listing also covers the (attached) former stable and coachhouse.
It is seriously lovely: big, airy rooms packed with original features. And seriously in need of renovation.
Some work appears to have been started, or at least thought about - the current owners are trying for planning permission to convert the coachhouse and stable and working on having the wrought iron railings to the front reinstated. 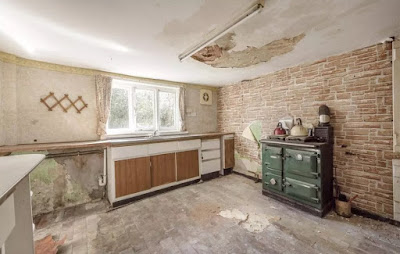 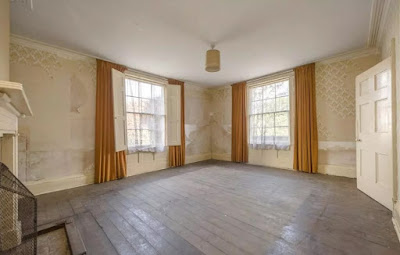 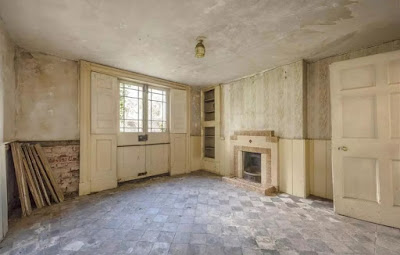 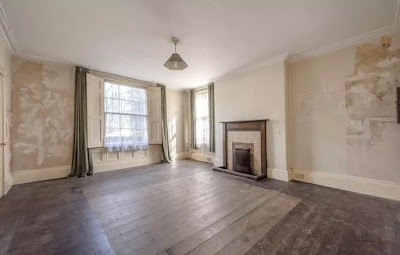 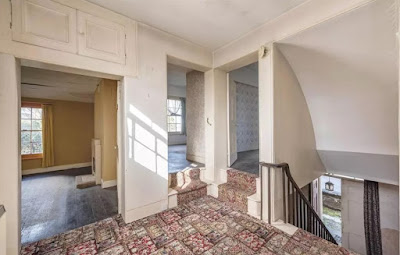 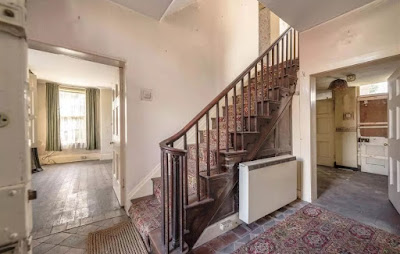 Station House is a lovely size. Three reception rooms, kitchen and pantry downstairs (plus those extra buildings), and four bedrooms plus bathroom and separate loo upstairs. There's also a cellar, and a roof space above the coachhouse. 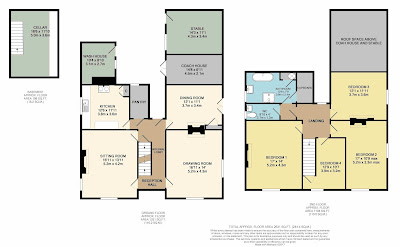 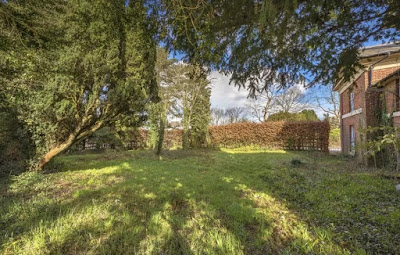 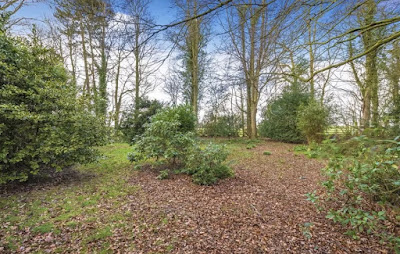 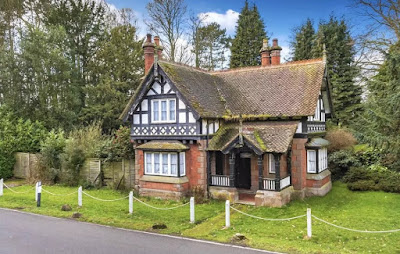 Like Station House, it's a "former" - in this case former lodge house to Lilleshall Hall estate (now sports centre), and has also spent over 40 years in the same family.
Golden Gates Lodge (I'm sorry, but it sounds like a Chinese takeaway...) has three bedrooms and a bathroom upstairs; two reception rooms, kitchen and loo downstairs.
The gates it guards are Grade II listed but it looks like the lodge house may have escaped that restriction.
It's pretty house, with lots of lovely features but in need of fair bit of updating - including adding heating and upgrading all other services. 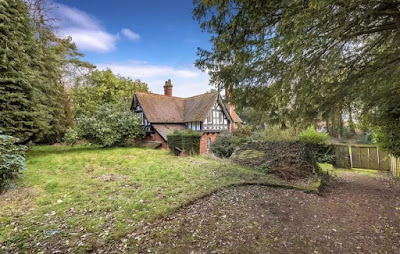 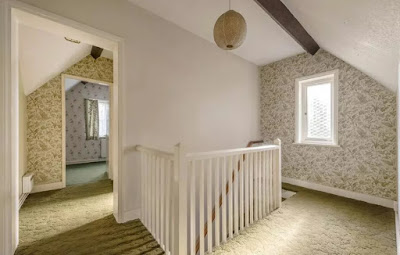 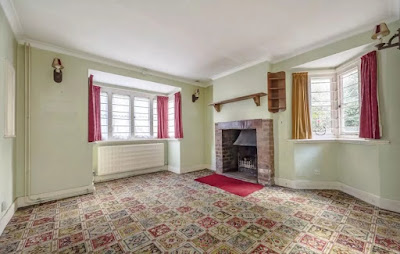 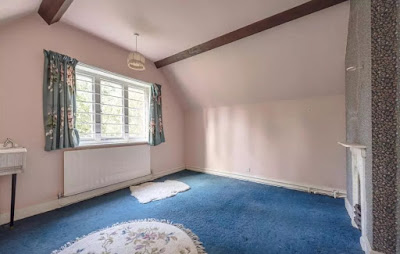 Not as large as the Station House, but perhaps also less of a challenge - and the village location is more appealing. Although I admit to being bothered by the window bars.
There's a large garden (that "green roof" aside. ; ) and a detached garage. 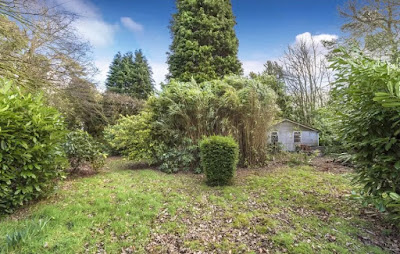 On the market at offers over £295k, via Nock Deighton. Details and more pictures here and here.