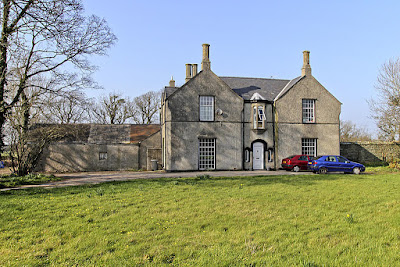 Does it sound really bad that I didn't actually know where Anglesey is until I started 'Wreck..'?
Worse, I thought it was part of that Guernsey/Jersey bit in the Channel, rather than a rather pretty bit of Wales in the Irish Sea.
Sorry about that Anglesey-ians... Angleans...Anglesonions...Moch mon
Anyway, three stunning properties on Anglesey this week.
First, the seven-bedroomed former Rectory, above and below, up for auction at the end of this month. 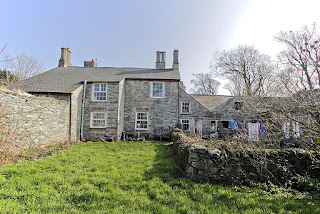 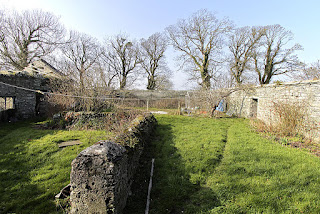 The property, in the village of Llanfachraeth, comes with around two acres of garden land and outbuildings. It's thought to date from the 14th century but isn't Listed so - yay, plastic windows here we come!
If needs a fair bit of work. The photos show some damp issues (there's a well in the cellar and one in the garden..) and the agent's note mentions Japanese knotweed.
There's an old-lady-gone (or old vicar gone..) look about it - notice the Christmas tree, but it's a handsome property with bags of space. 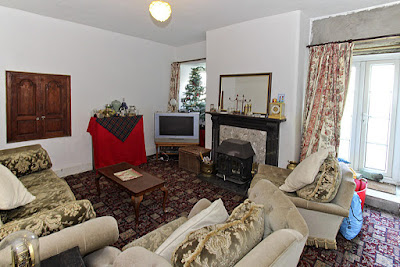 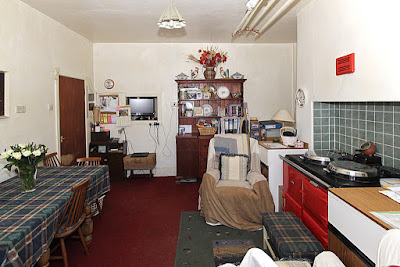 As well as those seven bedrooms, there are four reception rooms (including a "parlour" with that gorgeous big Aga), kitchen, pantry, and cold room; a first floor bathroom and a shower room.
Up for auction on November 26th through Auction House North Wales (lot 10) with a guide price of £150-£175k. Details and more pictures here.
Reader James sent me this property, below, at Mona, Boddfordd.
The house actually belongs to his parents, who bought it ten years or so ago and are now selling up:

My parents began work and stopped the rot in the late 1990s (the house is 2* listed), my father being a carpenter his entire working life. They didn’t proceed much further due to some issues with the planning department around an intended change of use. Eventually they have decided to sell as they are both now in their 70s. 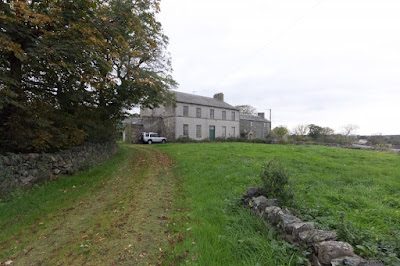 It has bags of history attached (links to Thomas Telford) and some of the creepiest cellars I've ever seen... 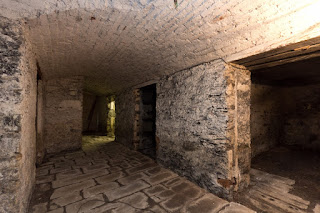 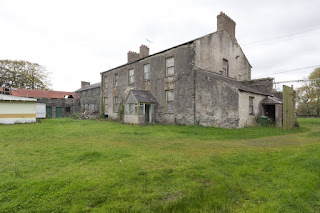 The former coaching inn has an enormous amount of space - seven rooms downstairs and ten upstairs, plus over a thousand square feet of vaulted cellars in the house itself; wrapped around with masses of stone outbuildings - presumably former stables for the 200-year-old, II* listed building. 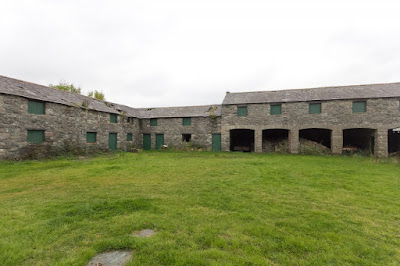 There are bags of period details and features - but also some serious renovation and repairs to finish.
And the adjoining house is for sale separately. Hmm. 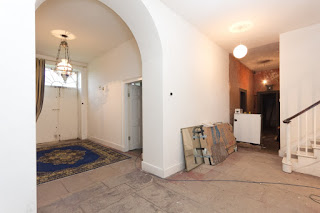 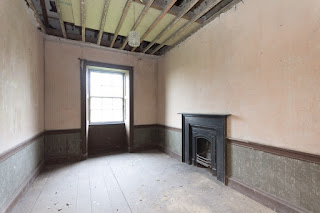 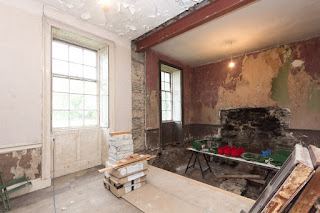 Outside is that massive courtyard, plus an original orchard, and static caravans for living in while you work.
On the market through HouseSimple with a guide price of £545k, details and more pictures here and here.
Last but most definitely not least is this beautiful former chapel in a hamlet close to the village of Gaerwen: 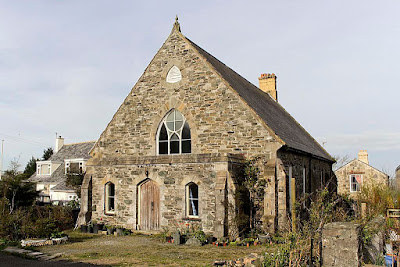 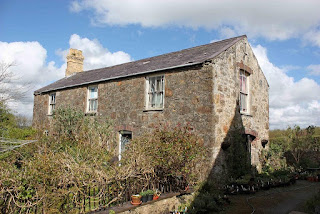 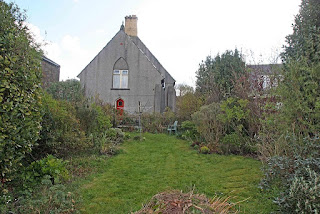 There are masses of original details - hopefully they're included in the sale - and the whole lot is on the market through Dafyyd Hardy at offers over £150k. Details and more pictures here and here. 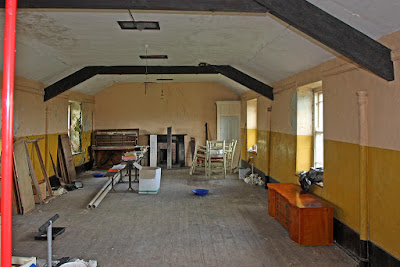 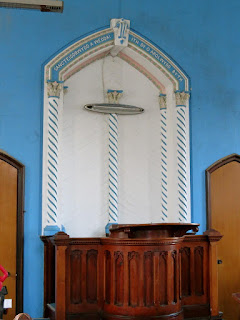