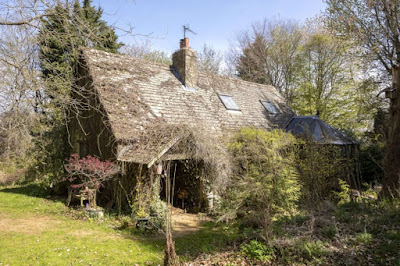 I'm starting this post in tears. The angry sort, not the tragic sort. And not because the end of the world has got any closer, but because I'm having to start this post. Again. Having lost six hours work with a single wrong key stroke in my final paragraph.

Also, telling me you've been there too won't help right now. Let's just get on with it shall we, bearing in mind version one was much jollier; this version involves gritted teeth.

House No. 1 (above) sent to me by reader Lawrence (back from Latvia) is part Hobbit home in the Shires and part second little pig rustic. But it is adorable and easily my favourite of the three.

Also it comes with 24 acres. 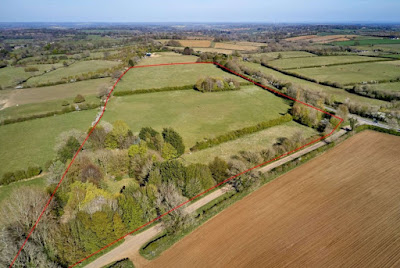 The house, near Chipping Norton in Oxfordshire, has had the same occupant for 40 years who clearly had a ball here in this hidden home in a copse in its fields - working, painting... 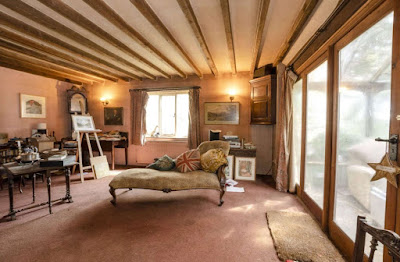 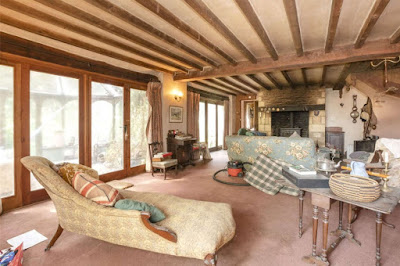 There's an occupancy restriction (agriculture/equestrian) but personally I'm a big fan of anything that would stop it being turned into holiday lets and glamping fields by some banker. 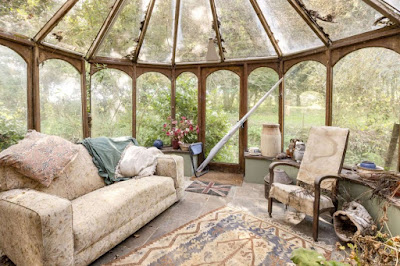 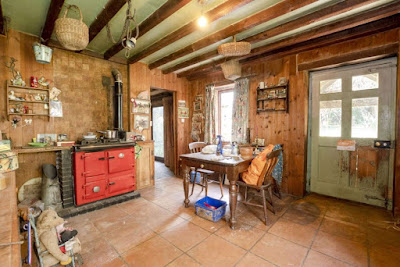 And outside, acres of land waiting for a horse and donkey sanctuary (I'm already attaching daydreams to this place) and a bunch of outbuildings, including stables and two barns. 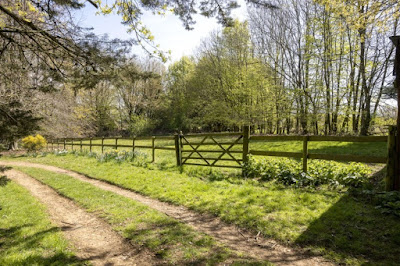 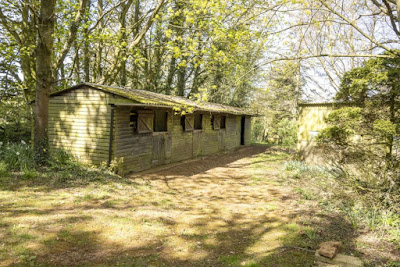 On the market through Savills with a guide price of £550k. Details and more pictures here.

Moving up the scale by five more bedrooms, is this Grade II Listed Abbey Farmhouse, in Flixton, Suffolk. 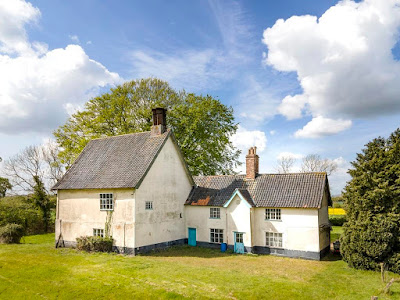 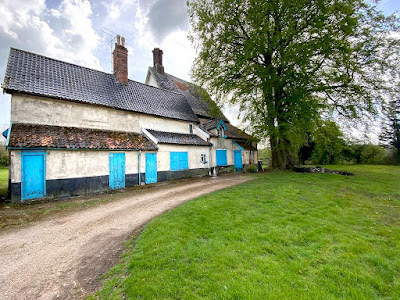 There is masses of space, masses of work (some works appear to have been started but not finished) and masses of potential. Also, what may be a chicken farm nearby, says Helen who sent me the link.
"I can't stop browsing the pictures," she wrote. "The only problem is it's very close to a huge indoor poultry farm... But a rare historic gem in the delightful Waveney Valley, with a ruined Priory in the garden, and moats, and definitely needing restoration." 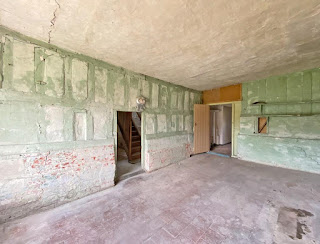 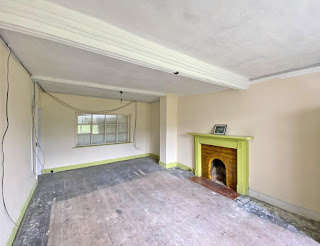 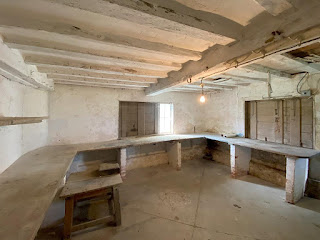 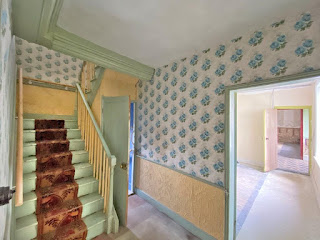 And 16 acres of grassland and meadow (more space for rescued donkeys). And a Historic Monument listing for the moat and priory remnants. 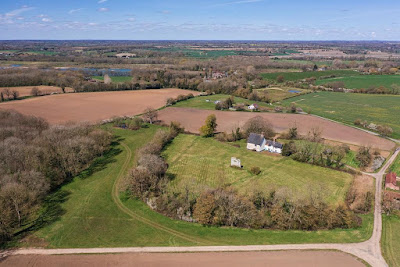 Quite the package, and the challenge. But then again - big country house, 16 acres, and a historic ruin and partial moat in the garden. 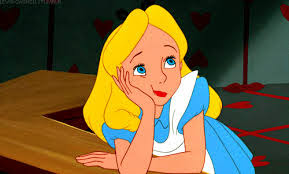 On the market through Durrants with a guide price of £750k. More here.

And finally (and fingers crossed I get to the end of this section this time...) a handsome Arts and Crafts mansion in Maidenhead, sent to me by Tim.

The former council building is on the market at a hefty £1.2m, and barely a garden - never mind space for equines. But it does come with 10 bedrooms, very handsome original features and a health and safety first perspective. 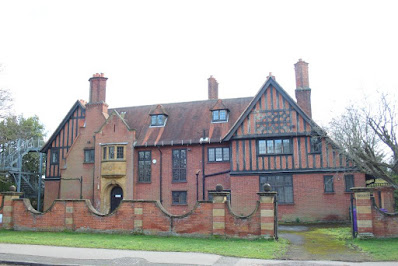 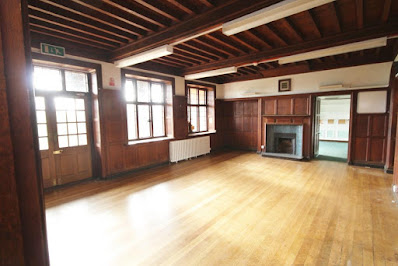 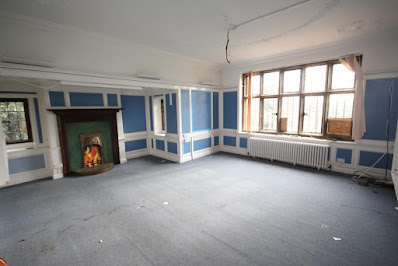 I think the kitchen sums Brocket house up pretty succinctly. Anyone got an axe? 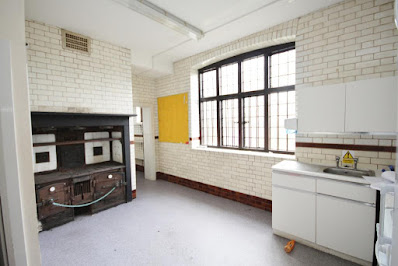 On the market through Braxton. Details here.