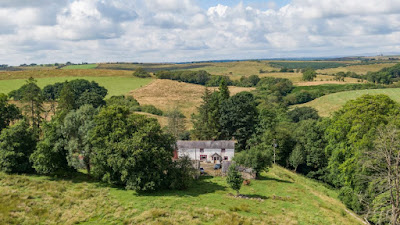 As is the nature of the property market nowadays, both of the do-ups with land I'm about to show you have looming deadlines.

My first pick is this rundown two-bedroom Cumbrian farmhouse with banks of stone outbuildings and over 33 acres to play with. While pricier than my usual Wreck picks at offers over £350k, it's pretty reasonable given the size of the plot and the absolutely stunning location.

Nixonstown (what a name!) is three miles form Roadhead and 20 from Carlisle and a few miles more form the Scottish border or the West Cumbrian beaches. If what you're looking for is rural peace and lifetime project, this is it.

There are two reception rooms, kitchen and bathroom downstairs and two good-size bedrooms upstairs.
Outside, the house and outbuildings line up either side of a courtyard and wrapped around them are seven fields; three of them over seven acres. 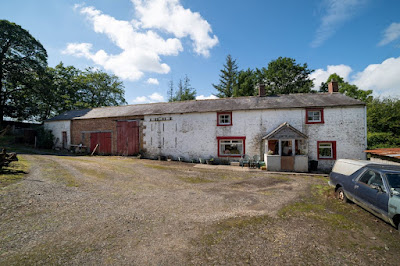 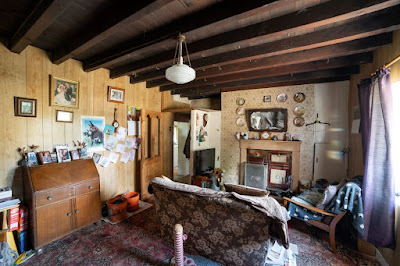 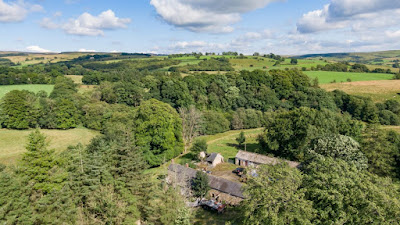 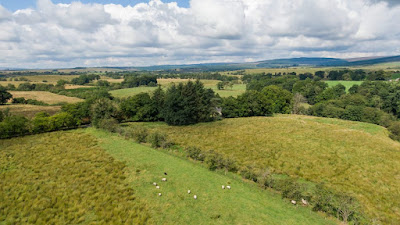 The land itself is classed as Grade 4 - poor quality agricultural - so grazing rather than growing. Or, if you think like me, ripe for rewilding and free-running.
On the market through C & D Rural with a guide price of £350k, details and more pictures here. Deadline for bids is midday, November 18th.
My second pick is up for auction later this month and has to be one of the oddest-shaped house in the oddest-shaped bit of land I've seen so far.
Chapel Cottage (now there's two misnomers) is in Brockworth, Gloucestershire and is a four-bedroom detached house, over three floors, with garage and an acre of garden and woodland.
This what I mean by odd shapes. 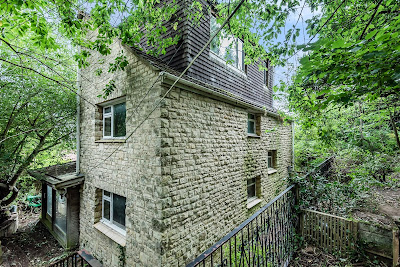 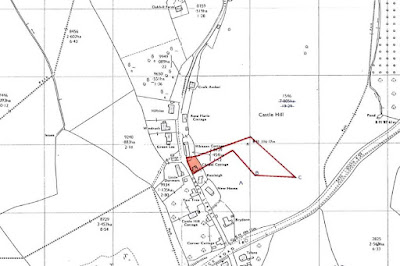 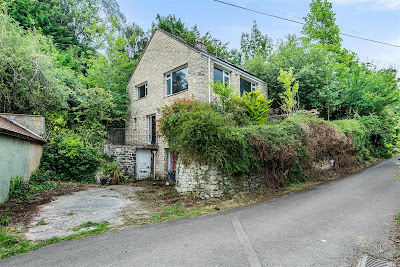 The house itself has a wrong side of mid-century aesthetic about it, but plenty of space to work with. 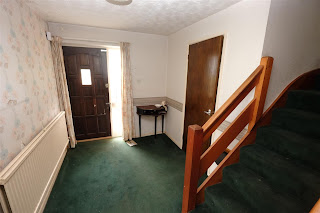 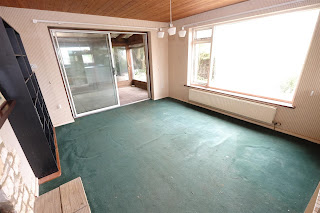 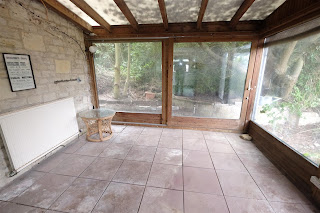 But it's that over-grown and wildly lovely acre of tree-packed land that appeals.
That and it's location in a pretty village with good commuting links, around five miles from both Gloucester and Cheltenham.
Also, it's where this guy was born.

Anyway, Chapel Cottage is up for (online) auction on November 24th, through Hollis Morgan with a guide price of £400k. Details and more pictures here.
And finally (and rather further afield) this former schoolhouse and school cottage on the Scottish island of Yell was a Twitter tip-off from @Northern_exile 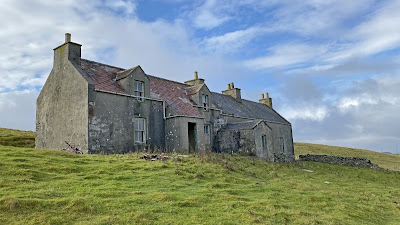 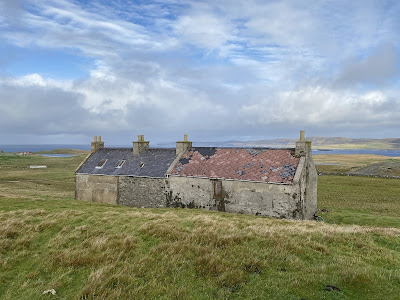 The building has eight rooms in total (plus a loo) and comes with five acres of non-croft land and beautiful views across Bluemull Sound.
Also, can I just say that whoever did the photos for agents Harper Macleod did a fabulous job - the house looks like a film set for an Austen novel. 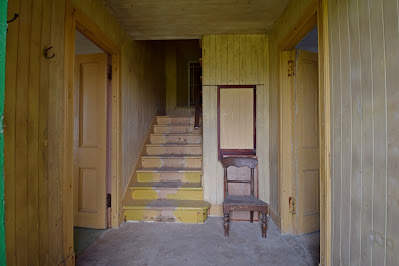 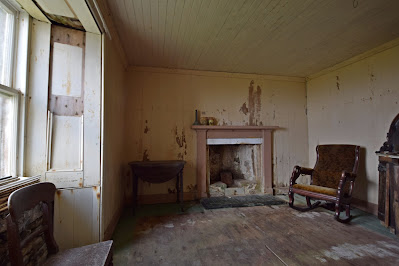 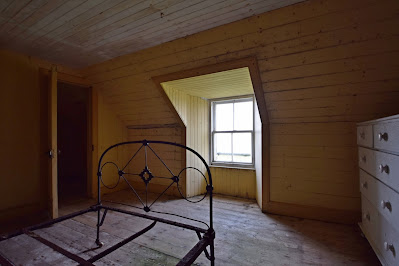 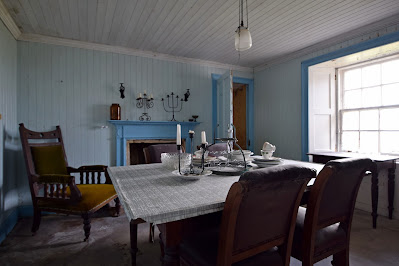 Gorgeous. And on the market at a piffling offers over £35k for the house and its five acres. Details and more of those lovely pictures here.