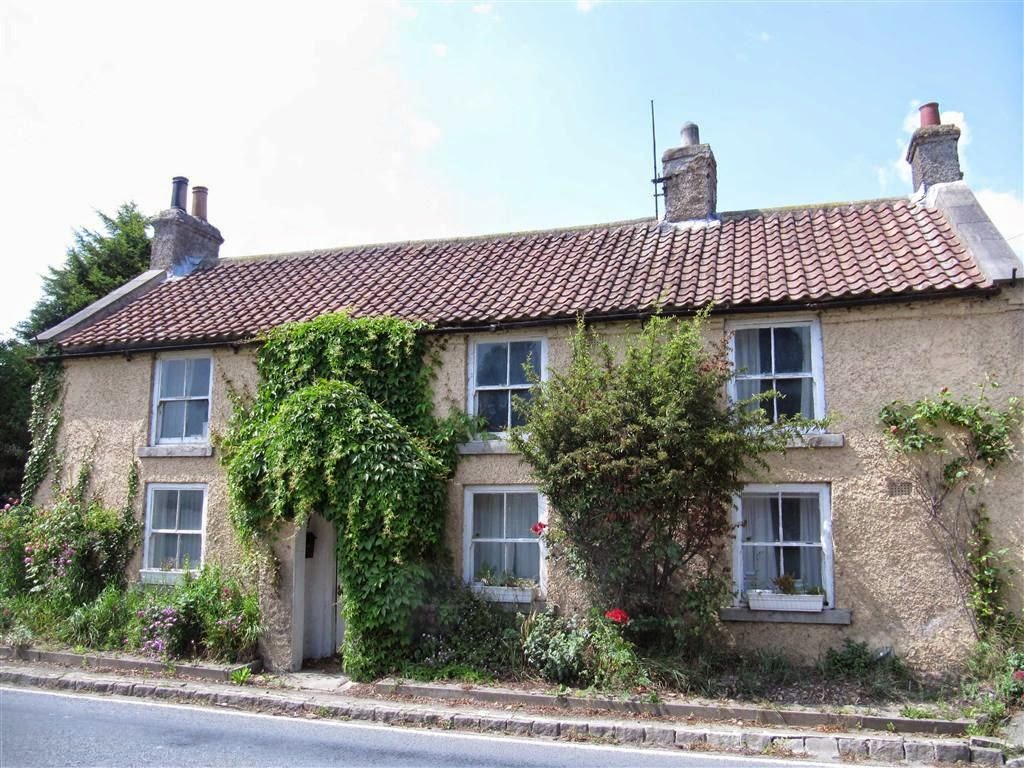 I thought I'd lump these two together because, aside from location, they have much in common.
Neither of them have internal photos - which means I'm sending a yah boo! to the agents because I hate it when they just stick up a couple of pix of the building and the garden and leave it at that.
I mean it's not like they haven't actually been inside - property one (above) has room descriptions and sizes.
Although sticking metal shutters over the windows (property two) would make it a tad difficult to take photos inside.
The other thing they have in common is that they're both handsome, period coach houses or lodges now in need of a lot of work.
Vine Cottage, above, at Bolton-on-Swale, about 8 miles from Northallerton is the pricier at offers over £250k.
However the former coachhouse comes with gardens, three acres of paddock, stable and part-wrecked stone outbuildings: 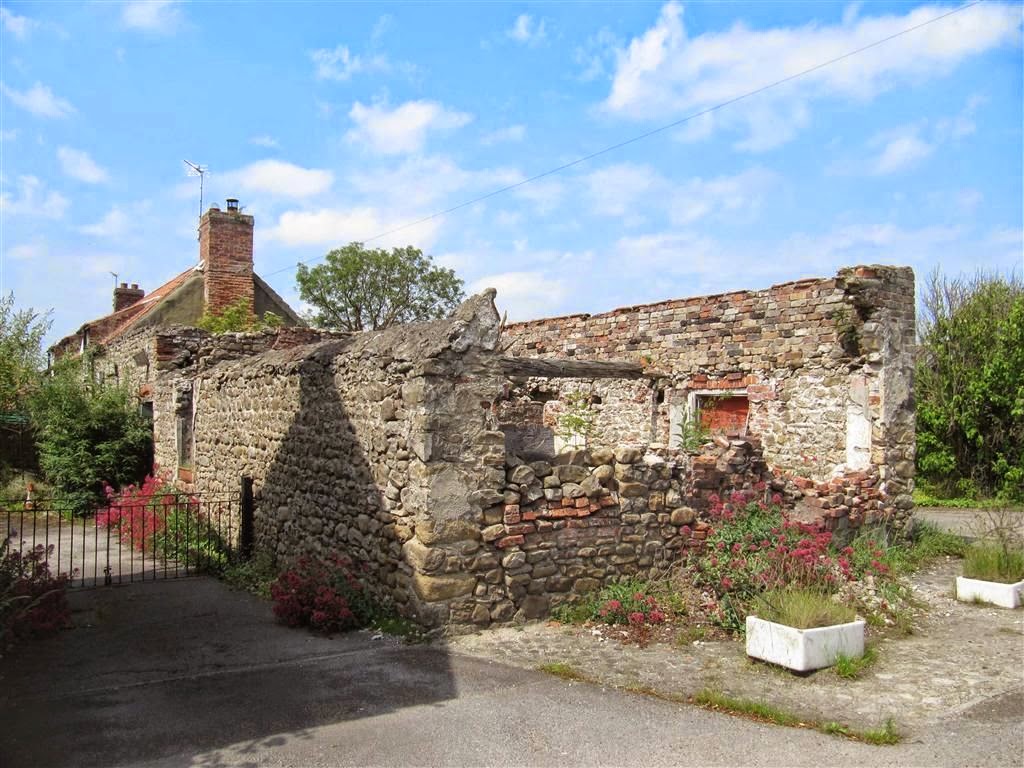 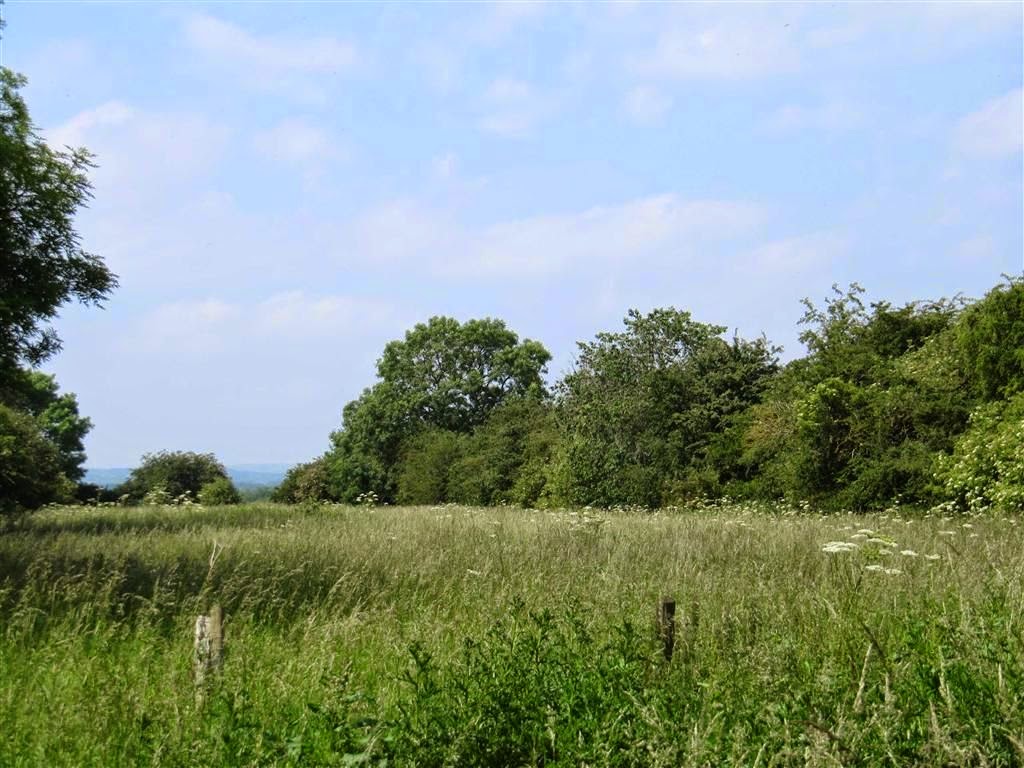 The house has three bedrooms, kitchen, two reception rooms. Bathroom is downstairs tho'.
It's on the market through Charltons, details here and on Zoopla here.
Glebelands Lodge is in the rather lovely Alnwick, in Northumberland: 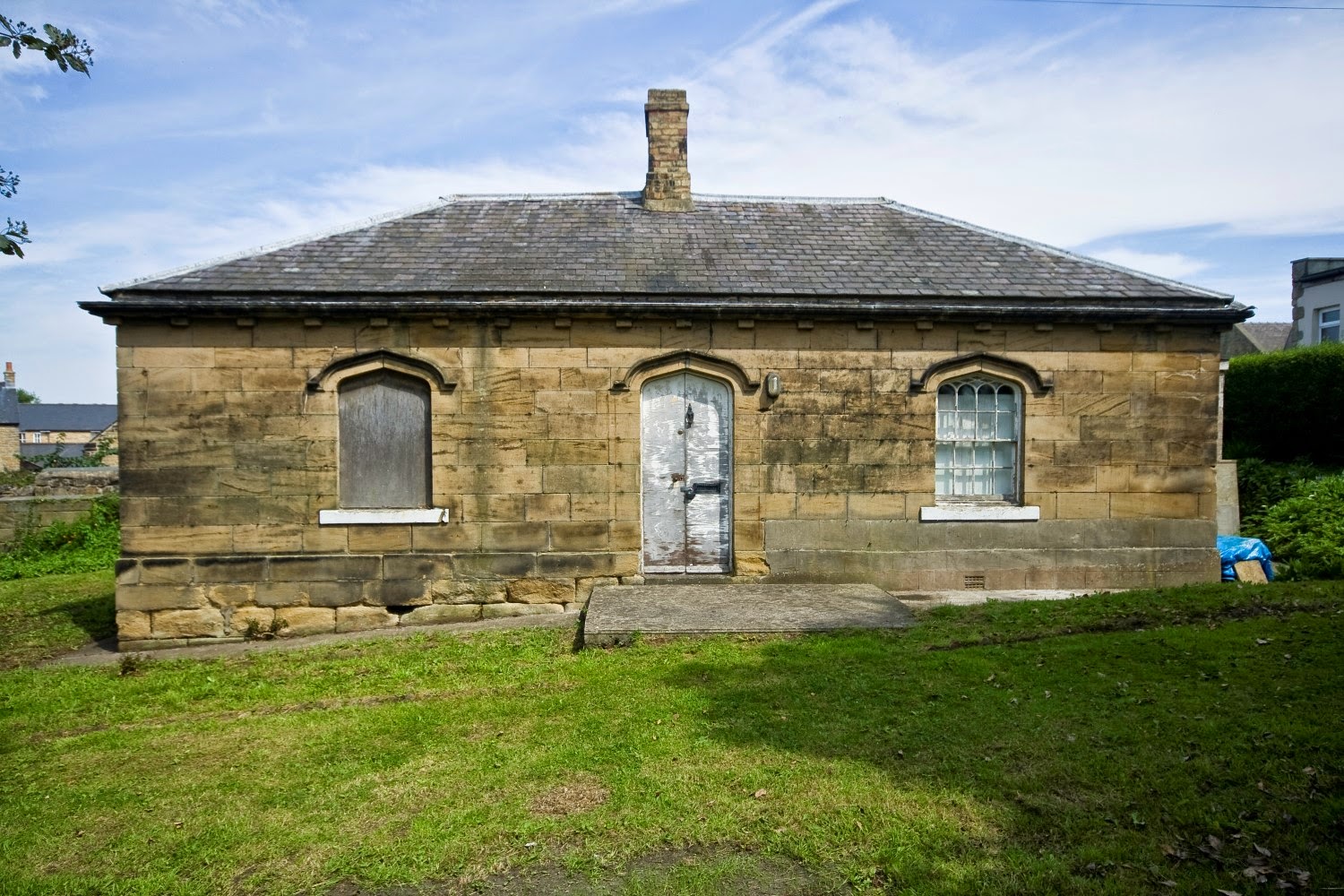 The Grade II listed building is single storey, 19th century Gothic, with a handsome drive (albeit sharing a right of way with its neighbours) and stunning windows. 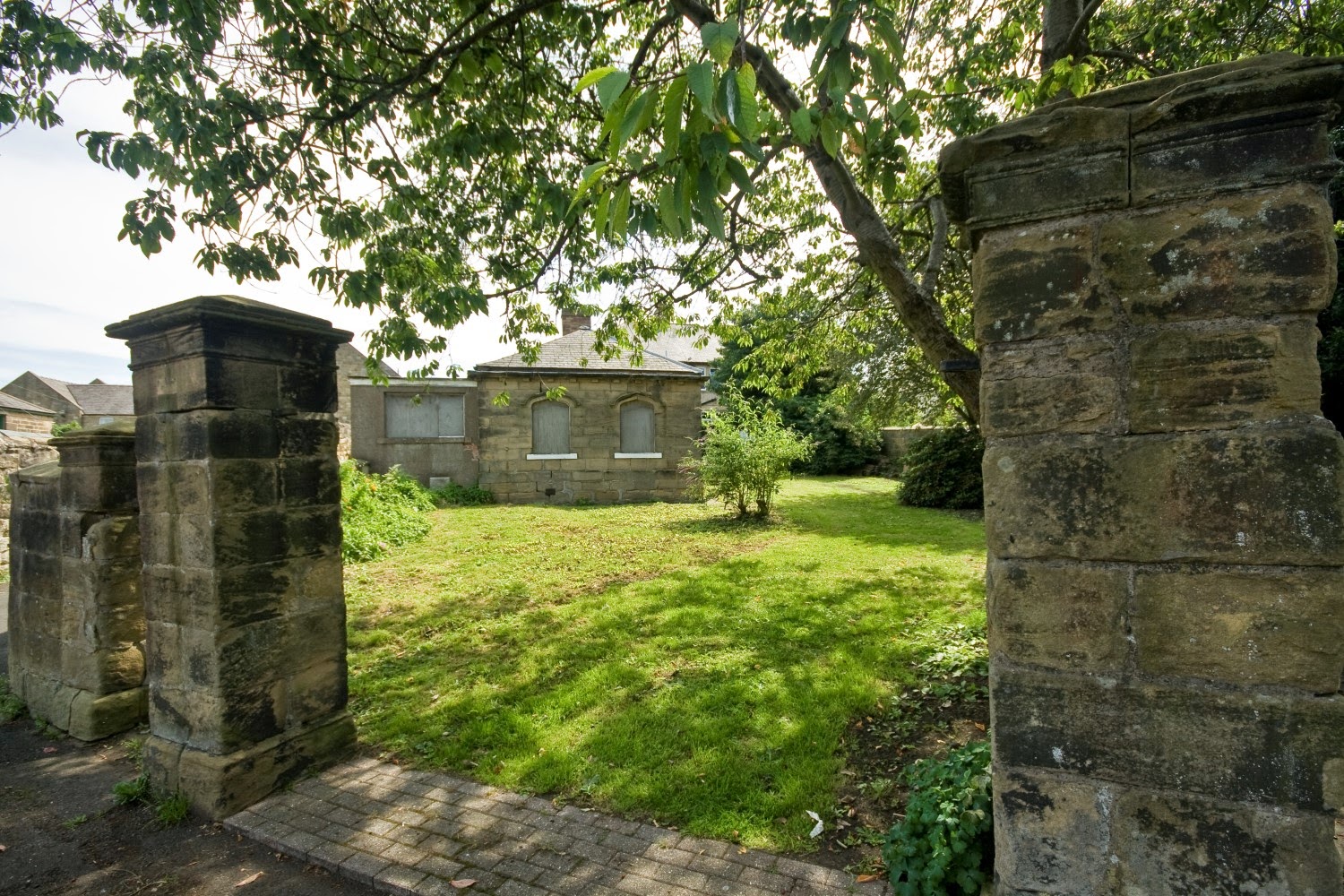 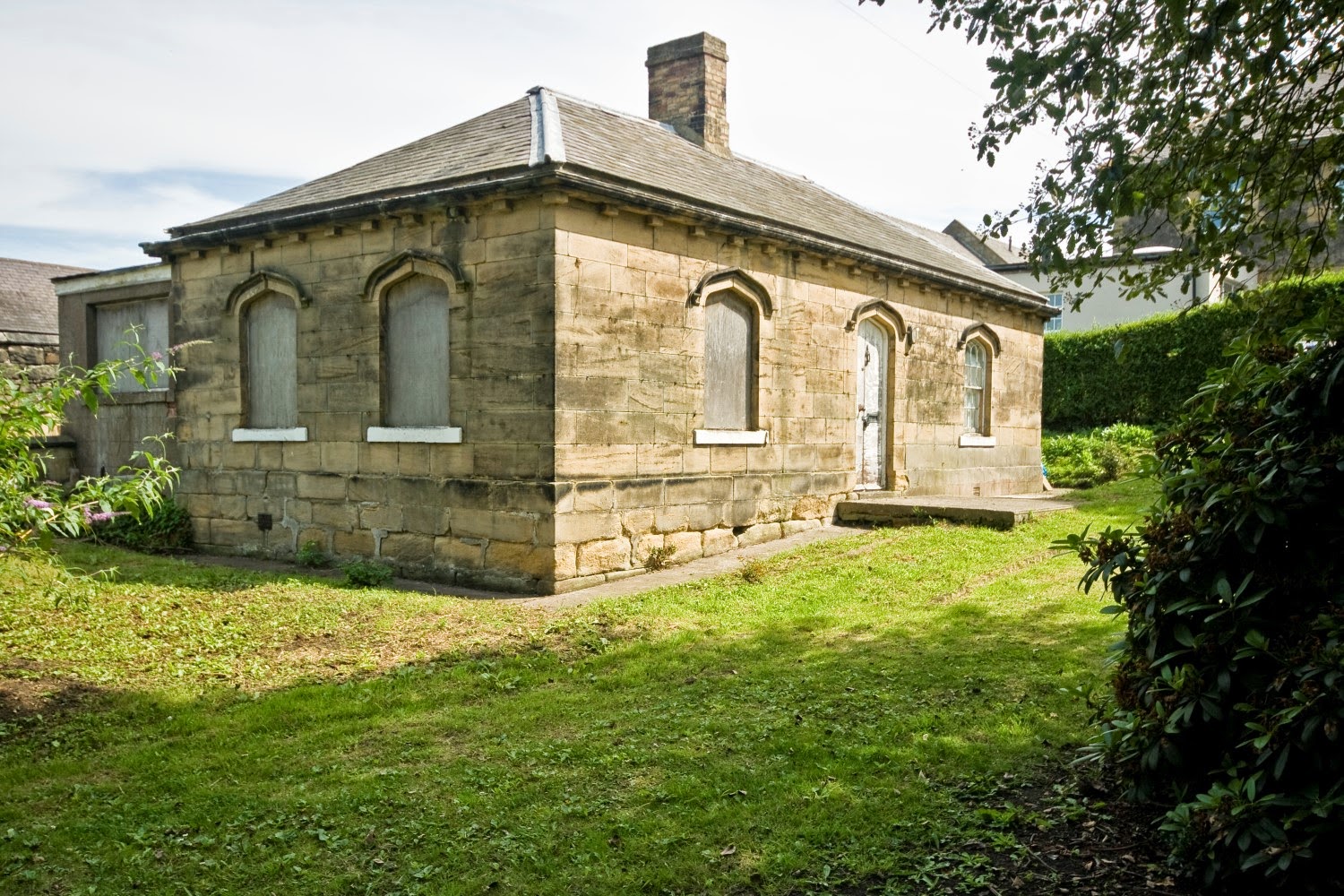 It's on the market through Sanderson Young with a guide price of £180k. Details here.