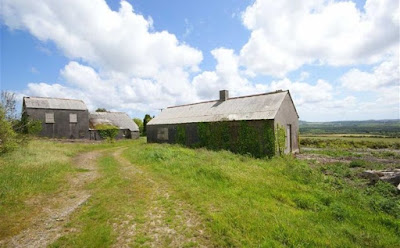 Now I know my readers are a particularly creative and imaginative bunch - it's why we see the beauty in a tumbling-down wreck. But today's selection requires you to take one giant leap outside the thinking box!
We'll start at the top, price-wise, with the group of six former mine buildings, above and below, at St Columb in Cornwall. 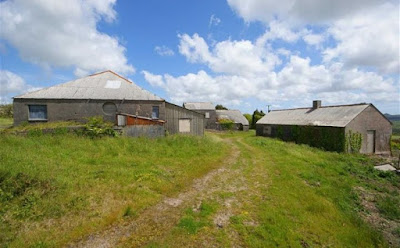 It comes with two-and-a-half acres of land and planning permission to redevelop the buildings as homes.
The site is on the slope of Castle an Dinas, an iron-age fort. It has access but no existing services. 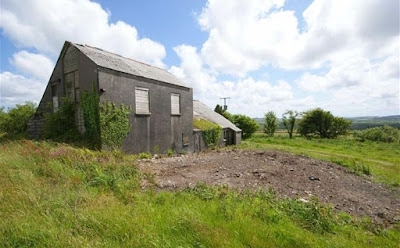 The agent's details don't mention anything about the mine itself, but historical records show that it mined wolfram  from 1916 to 1957, from two shafts.
Simon Jones' photos here are fabulous and include inside views, such as the one below of one of the two engine houses: 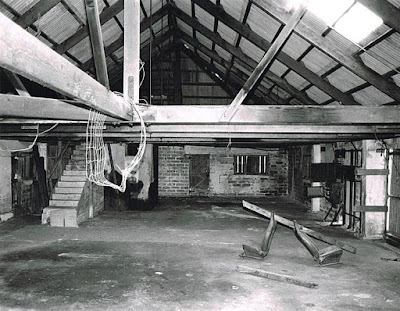 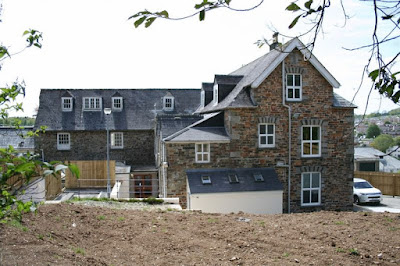 It comes with planning permission to convert it back into a house and the upper rooms already look pretty much bedroom-ready: 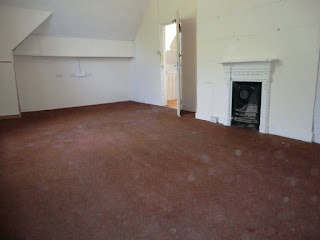 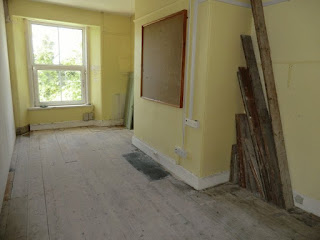 It's just the ground floor that still looks like it contains the sweat of anxious litigants-in-person... 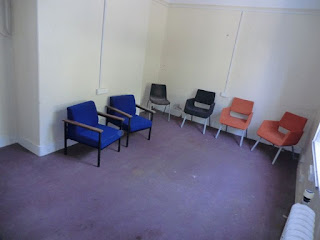 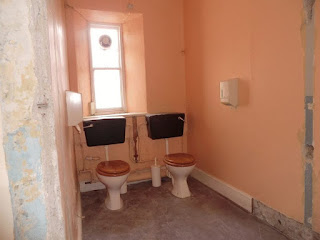 The property, in historic Launceston, is arranged over three floors, and with plenty of good-size rooms. There's a part-shared driveway, terraced garden and ample parking. 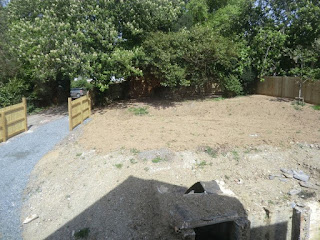 Details and more pictures here on Miller's website and here on Zoopla.
Reader Philip tipped me off about this former water tower in the Lincolnshire village of Sutterton, below. 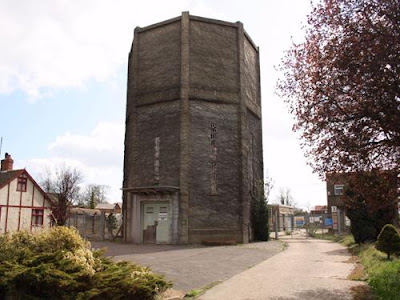 It's been on the market for three years (tho' the lack of pictures on the listing won't have helped...) and the price recently dropped to £115k.
The building is basically one big (36feet diameter) concrete tower.
A beautiful octagonal shape with art deco windows and features on the outside - though goodness knows what its years of redundancy have done to the inside.
In the middle of a small industrial state but the Google view shows a bit of space around it: 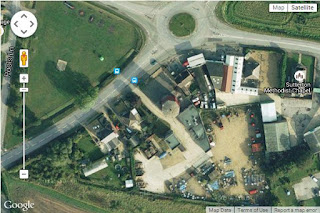 I'm assuming that's the enclosed compound shown on the pictures but, Sharman Burgess's details (here and here) don't give much away.
If you're anywhere near Boston do pay poor little Sutterton water tower a visit and tell it Sue thinks it's lovely. I bet it gets lonely.