Scottish mansion with a twist in the tale 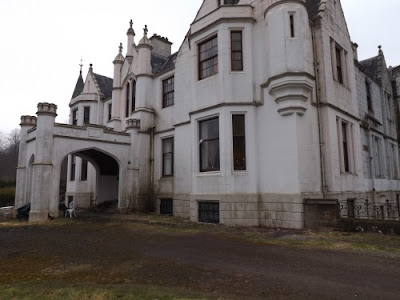 Let's go large.
This property was tweeted to me eons ago (weeks at least) by the agent and, having initially ignored it because it's a bit big and a bit pricey for my usual 'Wreck' pick, I seemed to just keep on drifting back to it.
I think it's this picture - the little boy tumbling over the chair in the jumbly room - I just saw my own family running through its 69 rooms: 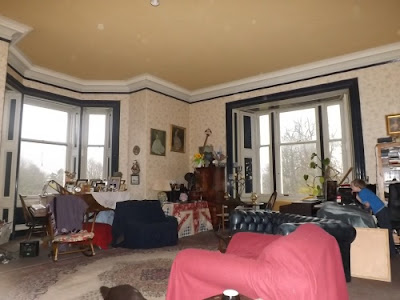 Actually 22 of those rooms are in the basement, so we'll ignore them for now and focus on the 40-ish in the ground and first floor. Which includes 10 bedrooms, 1 bathroom, a shedload of dressing rooms and walk-in stores, a library, formal dining room, kitchen, reception rooms - and a separate six-bedroom apartment.
Phew! is the word. 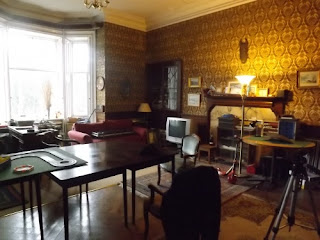 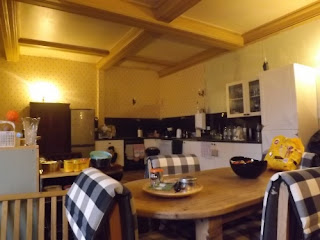 Grade B listed Drumcharry House is positively oozing with original features, including marble fireplaces, stained glass windows and a turret. 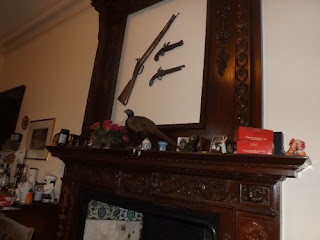 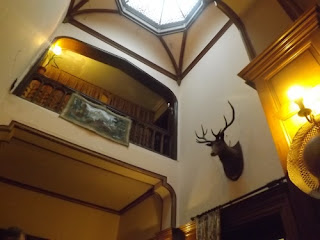 I want the stag's head to stay.
It's on the market at £650k, which seems pretty reasonable for a Scottish mansion with two-and-a-half acres and a whole lot of history.

So, what's the catch?
The house needs work, lots of work - that's clear from the photos. But what else?
I wondered whether there was something in it being sold as a commercial property. The agent's details mention it having been a guesthouse but it doesn't look like it's housed paying guests for a long time and I couldn't find any records related to its conversion from residential to commercial use.
The only planning application I could find was a request to put up signposts back in 1989 (refused).
And then I found it (I'm a persistent little bugger...)

Back in the 70s it was a youth hostel, having been donated to the Scottish Youth Hostel movement by the mum of Lieutenant Ian Mackenzie-Anderson, who died when his submarine was sunk by enemy action on June 13, 1940.
The SYH then sold it in 1982, for just £18k, having been outfaced by its dry rot issues. (Anyone else thinking there's an RBS analogy here?)
More digging and I found it on an archived hotel listing. It sounded nice. Three-stars.
Anyway, whatever the history missing from the agent's details, this is a gorgeous Scottish country mansion that deserves to have a family loving living in it.
But which may still have dry rot.
For sale through Real Simple Estates. Details and more photos here and here.