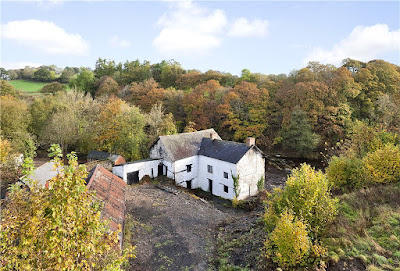 I love water. Despite having the swimming ability of a budgerigar, there's nothing appeals to me more than a home by the sea or a river.
Having said that, buying a property quite this close to water is risky at best in these flood-prone days: 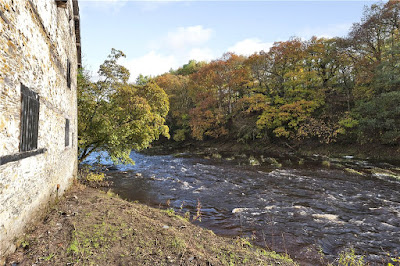 But The Mill on the river Banwy, in Powys, is very, very pretty.
There's the mill itself - basically, a big, semi-derelict three-story space - plus the attached miller's house: 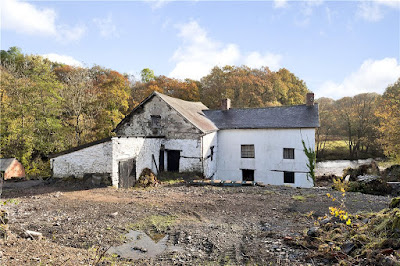 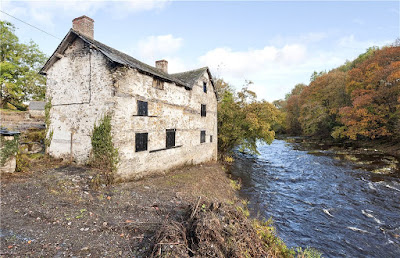 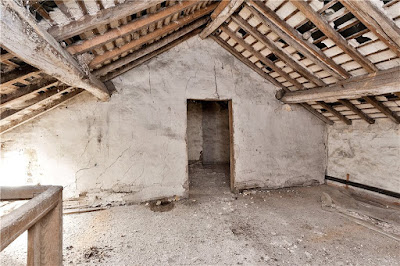 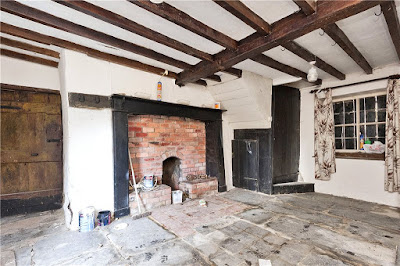 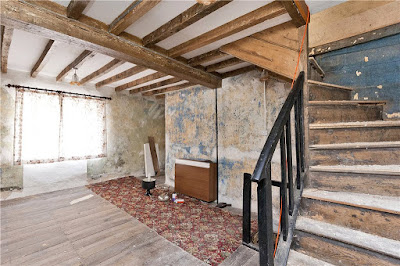 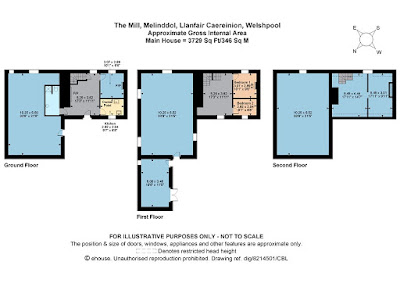 There's also a barn and other outbuildings and over seven acres of land running alongside the river. The mill itself includes some of the original workings, and in 1914 served as the first hydro-electric generator for the Llanfair Electric Light Company.
The property is about a mile outside the small town of Llanfair Caereinon, about 10 miles from Welshpool and 29 from Shrewsbury.
Parts of the site are dangerous and services may be missing or unconnected.
On the market through Strutt and Parker with a guide price of £150k. Details and more pictures here.
While we're on the subject of riverside homes, regular reader Miles wrote to me about a property I'd featured last year: 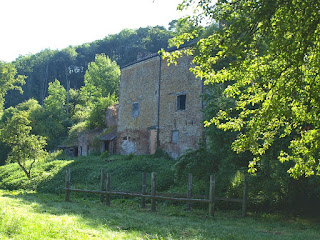 The derelict Gatehouse, at Ross-on-Wye, was then on the market at £195k but dropped to £175k and is currently under offer (via Jonathan Preece, here)
Miles told me he'd considered buying the former alehouse, and I've added some of his comments to this post because it's useful information for anyone looking at derelict riverside buildings:


I have recently [spent] a lot of time looking at the Gatehouse as a potential project.  I've decided reluctantly that it is simply not viable in any form, at least not as a commercially viable one...
It is sliding down towards the river and needs a minimum of £150k -£200k just to stabilise it.  Alarm bells went off when the structural engineer commented he wouldn't want to continue with the project further (enough said?!)
Finally, site access is a challenge – no flat spaces to store materials and parking is 100m away in the flood zone! I hope someone has the experience and deep pockets to take it on.

PS: The Old Mill at Rogart, Inverness, is still on the market - offers over £90k for the derelict building with planning permission (since 2008) to turn it into. two burnside cottages More here.