A Norfolk water tower and a Welsh estate 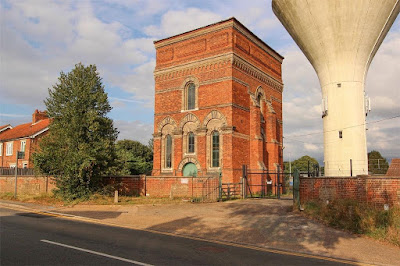 As if 2017 isn't going to be enough of a challenge for us all, I thought I'd kick off with two gorgeous - but tricky - grand design contenders.
The water tower is Victorian, Grade II-listed and comes with planning permission (and concurrent price bump) to convert to a four-bed house. It's in the Norfolk town of Dereham, about 15 miles from Norwich.
Not the prettiest of locations on Streetview - the replacement water tower does rather loom over it, and access is currently shared with Anglian Water. 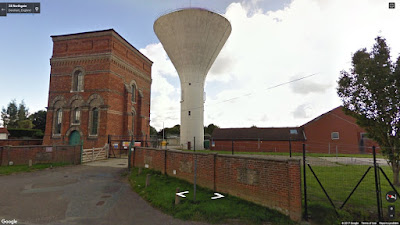 However, the Italian Gothic-style building is an amazing space, with big windows and fabulous details.... 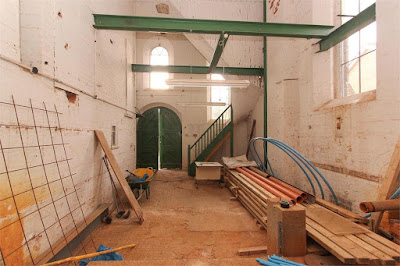 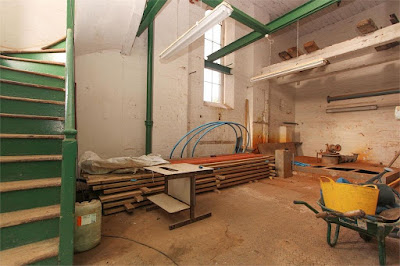 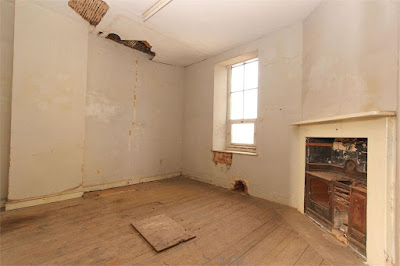 ....apart from the slightly creepy top floor (try to think skylights and views, rather than apocalypse hide-out). 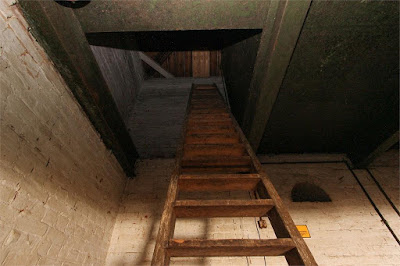 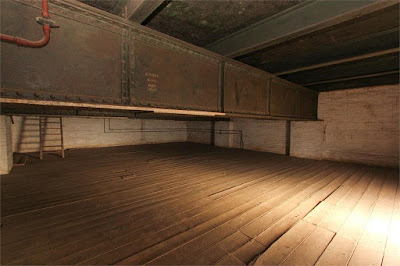 There's a bit of land to the front and the side, but that access issue will need tackling. 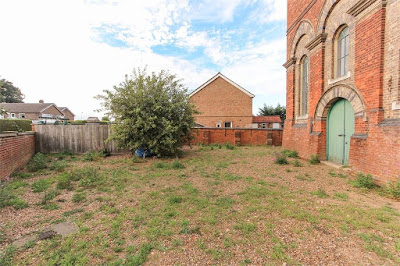 On the market with a guide price of £190k via Hammondlee. More here.
Finally, poor old Highmead Foundation School, below,  in Wales, keeps failing to sell at auction. The good news is, it's dropped in price by £200k since it first went under the hammer. 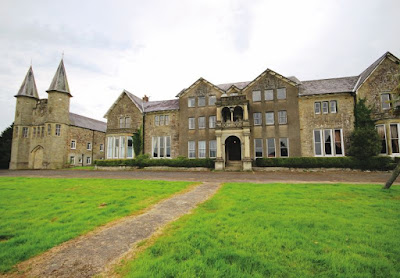 The former residential college, is MASSIVE (sorry, couldn't avoid going into caps then).
Built around a Grade II-listed mansion dating from 1777, it has 46 bedrooms with teaching and accommodation wings, flats, two detached cottages in the grounds, swimming pool, tennis courts and around 27 acres. 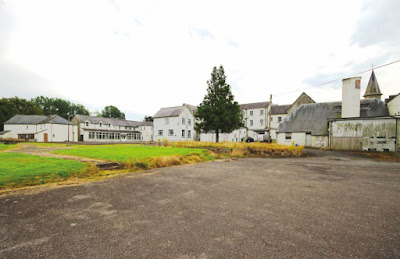 Highmead was picked up local and national press as the school 'frozen in time' because rooms were left pretty much as they were when the school closed in 1996. 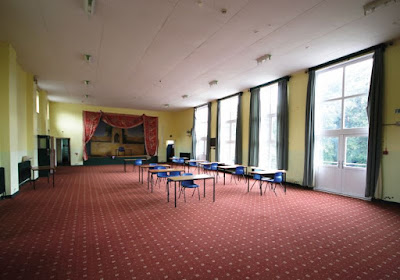 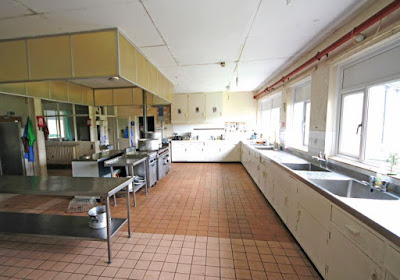 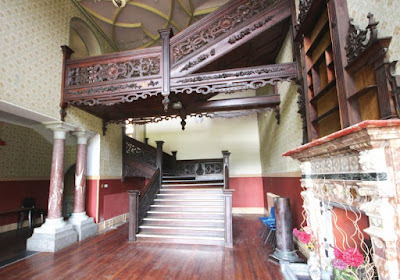 On the market through auctioneers Lambert Smith Hampton at £750k. More here.