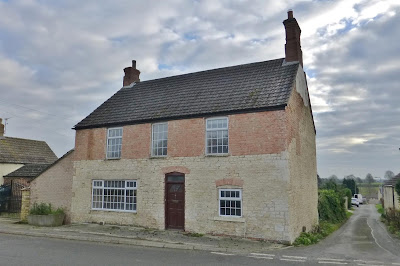 Bit of a treat for my Midlander, or would-be Midland, readers today with three handsome homes worth renovating.
First this very lovely village home in Lincolnshire. The three/four-bedroom home has had some work done, the pictures show bits of plastering, electrics and some aspirational room naming (below, for example, is the "bathroom"). 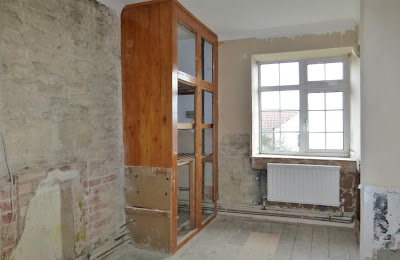 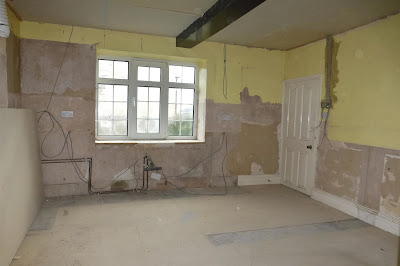 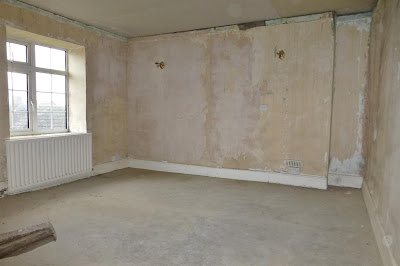 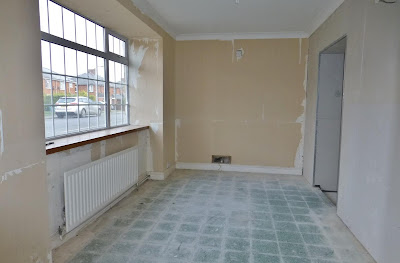 Downstairs there are three halls (!), a sitting room, dining room, kitchen, utility and snug. Upstairs are three bedrooms, a described as an en-suite shower room (but without a shower, or plumbing as far as I can tell...), and that bathroom. I suspect the room designations will come down to you.
Outside is a large garden, gated drive and good-size brick workshop. 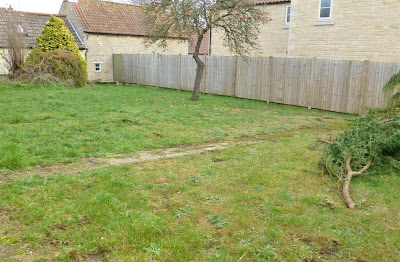 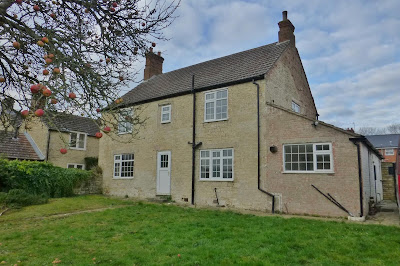 On the market through Murray's at £275k. Details and more pictures here and here.
Rather grander - and rather more rural utilitarian than village cutesy - is this farmhouse with buildings at Algarkirk, about six miles from Boston. 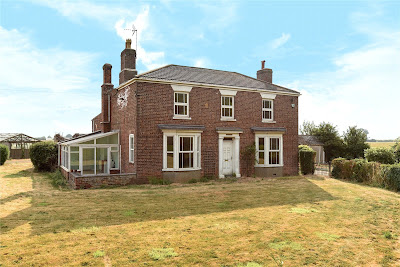 The four-bed detached house has two large reception rooms, kitchen, big pantry and store downstairs (plus an ugly conservatory and sun room); four bedrooms and a bathroom bigger than some London flats upstairs. All the rooms, it should be said, are on the large side. 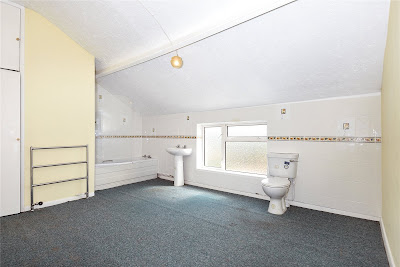 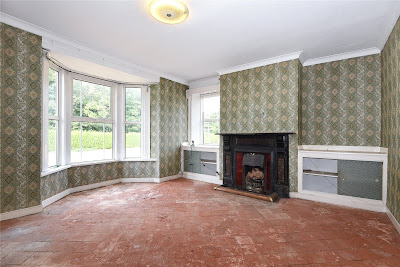 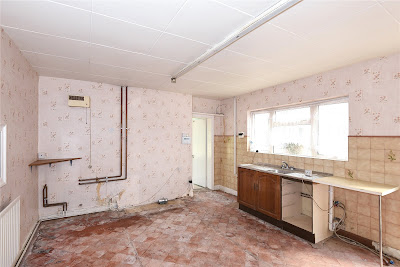 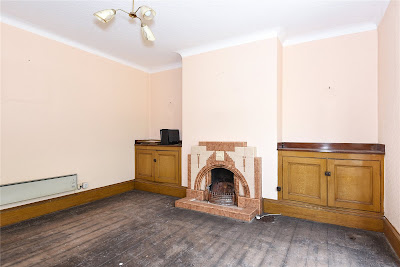 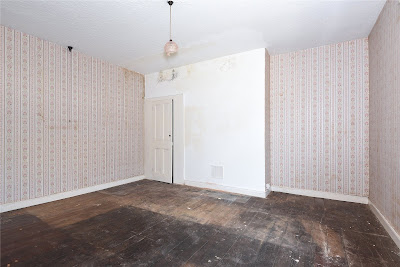 So bags of space for a growing family, but it's the outside stuff that offers most potential. An enormous barn (roughly 60ft square), strings of greenhouses (we are in the salad-growing heart of the UK), double-height outbuildings, stables, and over an acre of land. 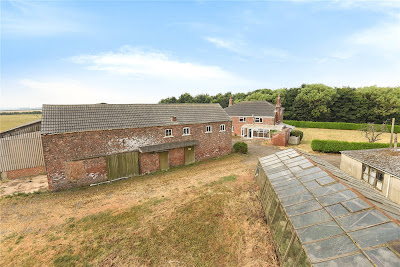 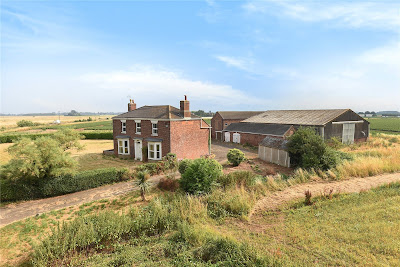 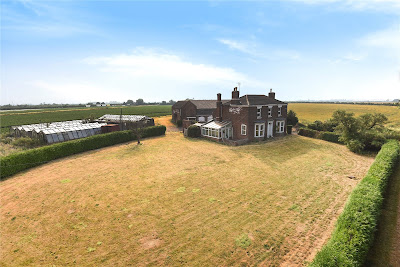 Lots of smallholding/gardening business/self-sufficiency options. However, the price reflects that potential (if not the renovation work) at offers over £395k.
On the market through Pygott and Crone. Details and more pictures here and here.
Finally, this detached house in Leicester may be rather smaller but it does also come with a decent amount of space and potential for a home in a popular suburb (Glen Parva) where prices are rising. 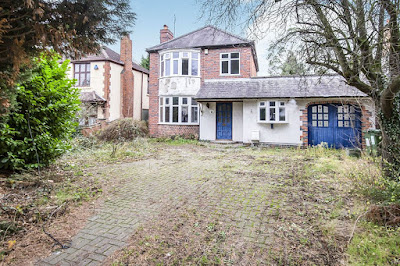 The three-bedroom house is a good size, lovely big rooms, and sits on around half an acre of land. Note, there's an overage clause which normally means that if you sell off the land or build another property on it, you have to give back some of that profit to original seller. 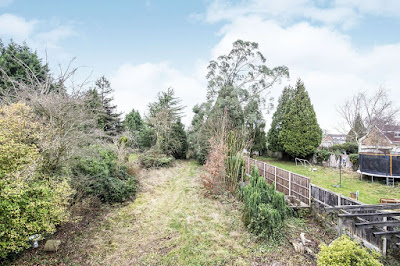 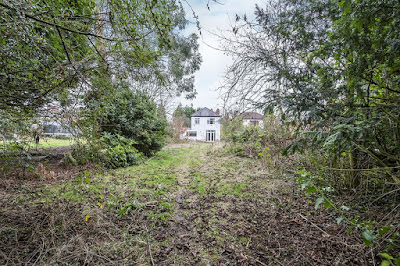 There's a fair bit of renovation work to do, the pictures suggest there's been some water damage, but all the key bits are there (including central heating and double glazing) as well as some nice original features. 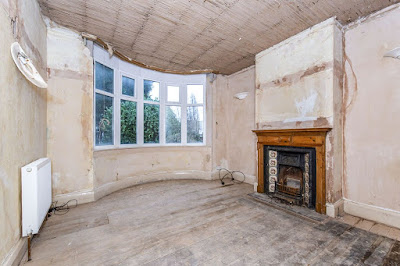 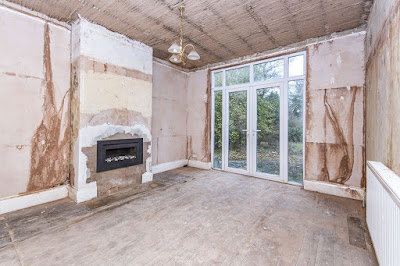 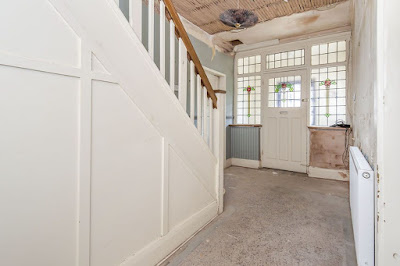 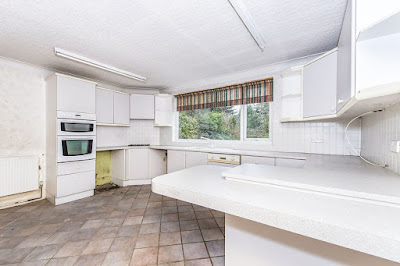 On the market through Your Move at just under £300k. Details and more pictures here and here.