Wrecks for eco-warriors and virus escapers 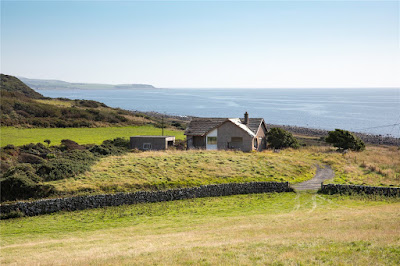 I'm currently living and working in York. That handsome medieval city that was home to the UK's first Coronovirus victim, flooded streets - and that plague of African locusts is probably just around the equatorial corner.
There's a pretty biblical feel to the news nowadays.
All of which has led me to thinking about living a more isolated life, and I started looking for wrecks that were closer to nature and further from people. Here are three suggestions.
Sent to me by reader Tim, Changue Farm bungalow is pretty much land rather than a wreck. Well, clearly a wreck, but not an interesting enough building to renovate. 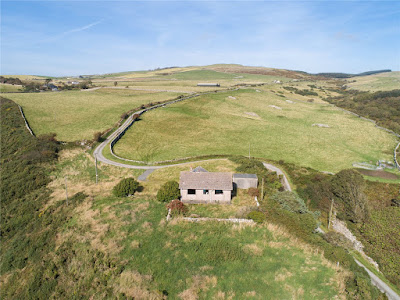 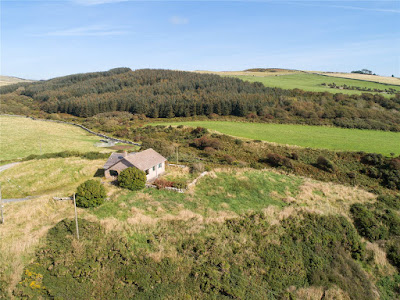 A two-bedroom Dumfries bungalow with holes in the walls. It comes with planning permission to replace it with a  three-bedroom detached house (or whatever you're able to renegotiate with planning).
But, the big but, it also comes with five acres of land, stunning sea and land views - and your own bit of the foreshore. 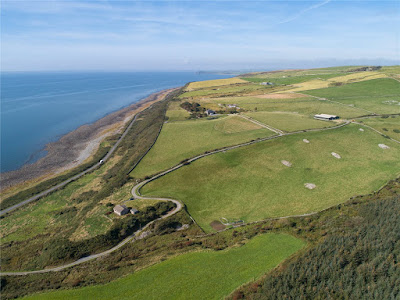 It's four miles from the nearest village - Port William, and 13 from the nearest town - Wigtown.
The bungalow's neighbour - the main farmhouse with 15 acres of land and its own slice of the foreshore is currently under offer, and you'll want to keep an eye on that, but there'd be more than enough land and privacy between you and your larger neighbour to create your eco-escape.
And, even if you're replacing the bungalow with a new build, at offers over £135k it's a bargain parcel of land, open views and seafront.
On the market through Savills. Details and more pictures here and here.
In a similar vein, this pretty bizarrely-shaped house-that-Jack-built in Kenmare, Ireland, is probably something you'd want to start over on rather than renovate. 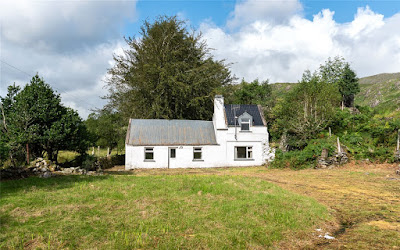 However, it too comes with a big parcel of land (over seven acres!) and only one near-neighbour.
There is planning permission in place to renovate and extend it, and the cottage hasn't been lived in since 2003, so a fair bit of work to do.
But the land and space is what matters here. Water comes from the mountain stream and your land is in hiker's paradise Black Valley. Gorgeous. 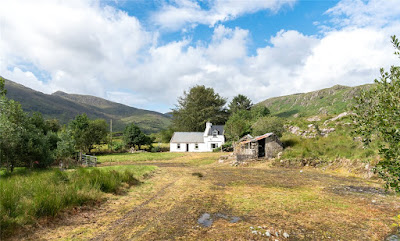 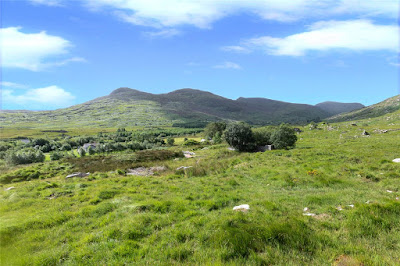 And the very best bit? All of that land and house for 99,000 Euro  - just £84.5k.
Those crazy-low Irish prices again.
On the market through Sherry Fitzgerald, details and more pictures here.
And finally, pricier than my other two picks but that's because you get a whopping 51 acres of land with your run-down farmhouse. 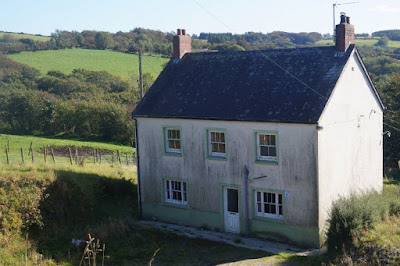 The three-bedroom house is surrounded by its land; has its own private water supply, and a seven-acre chunk of woodland bordering a stream.
It's a quarter of a mile to its nearest neighbours and six from the nearest town (Newcastle Emlyn) and, while the house and its outbuildings (there are lots of them...) are in various stages of disrepair, there's also more than enough room to live and work in a multitude of eco-considerate ways. 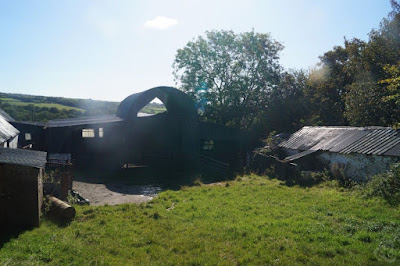 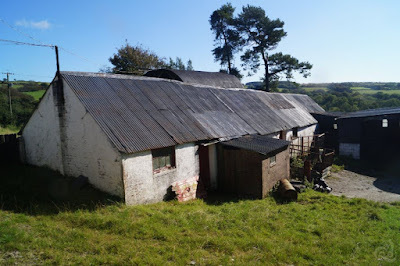 Pantmelyn Farm is on the market through Dai Lewis at £450k. Details and lots more pictures here.