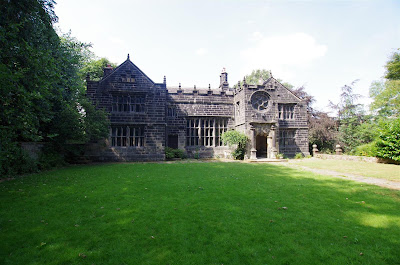 It's a while since I was last in Sowerby Bridge. I've lived in and around Bradford in the past, and that whole area of West Yorkshire is dotted with old friends and old memories.
All with a strong seam of creativity running through it - from jobs in the arts sector, to amazing maker friends, to regular trips to Salts Mill, and the Piece Hall, and the Hepworth. A beautiful area of England producing beautiful things.
So when I was sent Wood Lane Hall ("a beaut of a house up by us") by reader Aaron, I knew it would be something lovely and in that gorgeous dark West Yorkshire stone I remembered.
The five bedroom house is Grade I listed, built (or re-built) in the 17th century by the Deardens who, it seems, were quite the party animals.


It is also said by Oliver Heywood, the local vicar, after he had recorded the death of Joshua Dearden (John's eldest son) aged 36, that he "prejudiced himself with brandy", and of John he write: "Buried September 13, aged sixty six, rich." (Source)

It is quite, quite stunning with (as befits its protective listing) original and rare features such as the galleried hall and rose window still in place. 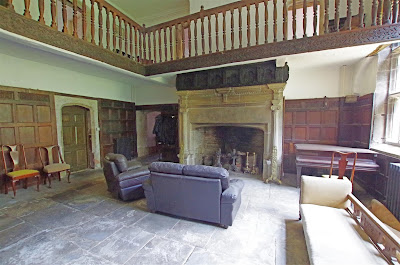 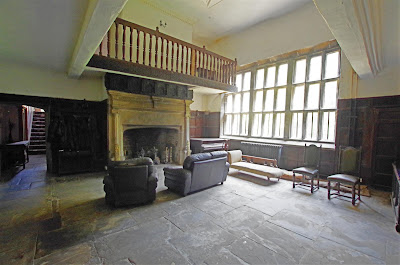 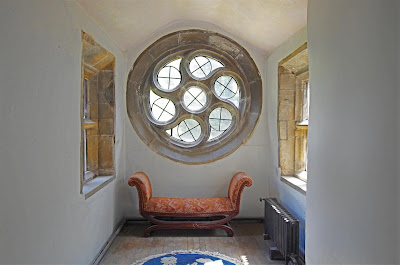 Many of the original windows remain, as does the "ship's cabin" bedroom, fitted out as a 1930s' Pacific steamship cabin with salvaged material in a pre-internet version of an eBay vintage hunt (this post has more on the house's architecture). 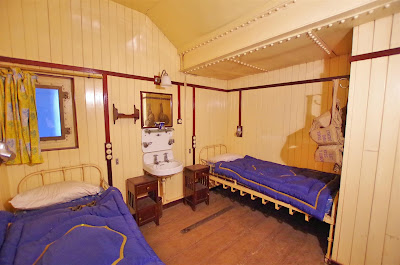 Some of the house appears to have been recently lived in, but much of it has been left to gather dust 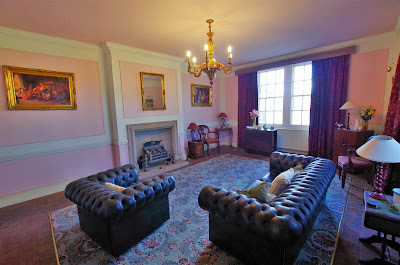 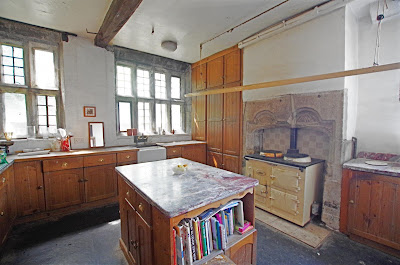 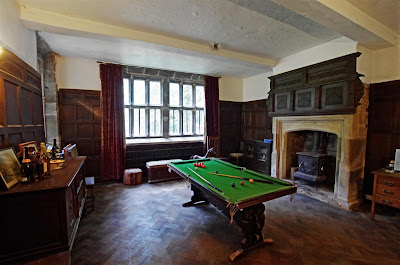 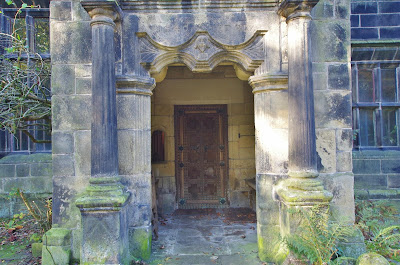 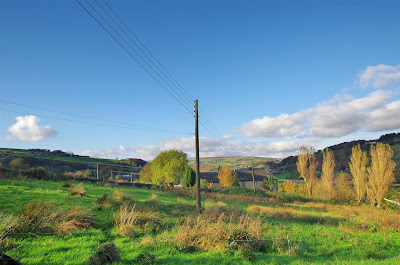 Wood Lane Hall is on the market through Edkins & Holmes with a guide price of £550k, albeit up for sale through that weird "Modern (sic) Method of Auction" business. Given the time it's been on the market, I reckon just making a sensible offer would do the job.
Anyway, details and more pictures here and here.