Lovely (not haunted) Seafield House up for auction 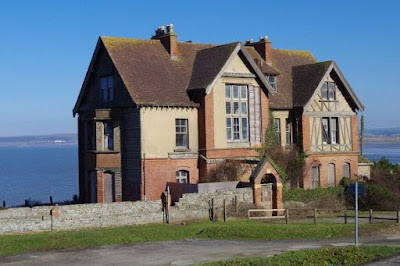 Seafield House, in the Devon resort of Westward Ho! goes under the hammer tomorrow. You may have already seen some of the press about the 12-bed former B&B. Because, according to the story that did the rounds last month, it's supposed to be haunted.
Now, setting aside whether you do/don't believe in ghosts (or, like spotting a big spider on the ceiling, you'd just rather not be in the same room as one), I did try to find out where that 'haunted' tag came from.
The story originated in the Western Daily Press, which said neighbours claimed to hear strange noises and see a dead old lady waving at them.
Though the story didn't include any quotes from these "neighbours". Which is shame because clearly they'd have to have pretty damn good hearing...

By the time the story was copied by the Telegraph and AOL, the neighbours had become "locals" - still un-named and unquoted. The best I could find is that 'Haunted House' and 'Spooky House' were local nicknames, carried through to the Facebook group pictured above.
These things bother me. Not just the sloppy journalism of stories that get repeated without filling in the gaps, but because being a wreck-lover, I think it's just plain houseist to call every dilapidated old pile 'haunted'. Even if it looks like this:


Seafield House is mad-looking and lovely and sits on the edge of a cliff overlooking the Atlantic. 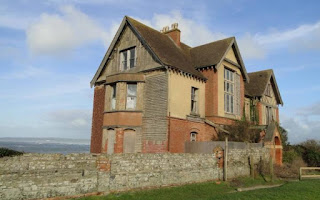 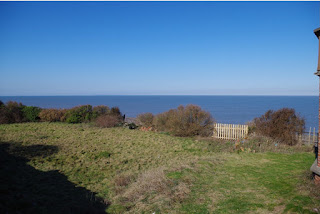 Built in 1885 as the summer home of London banker Brinsley de Courcey Nixon (clearly some hefty banker bonuses even then) it's had a happy holiday-focused past, flipping between family home and holiday B&B, with a short spell as requisitioned offer accommodation during the war.
The Westward Ho! History blog does a fabulous job of outlining Seafield House's past with some lovely pictures, including this one from the '50s: 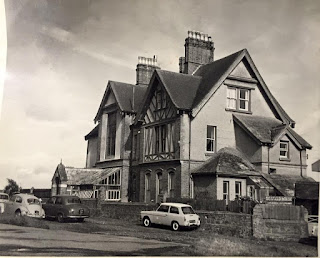 Downstairs are five reception-ish rooms (a couple had been converted to bedrooms), plus kitchen, bathroom, loo. and a grand hallway. On the first floor are six bedrooms and bathroom, and a further five bedrooms on the second floor. Many of the rooms have sea views, others overlook a rather less appealing a caravan park. It needs a great deal of work - inside and out. 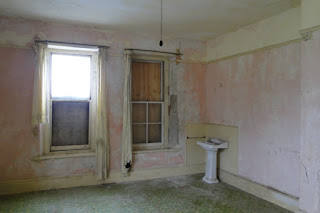 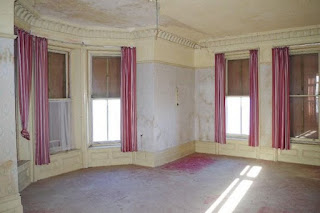 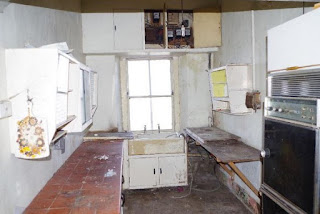 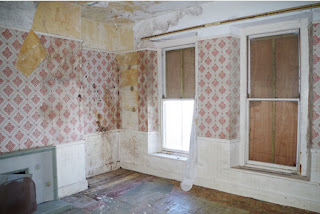 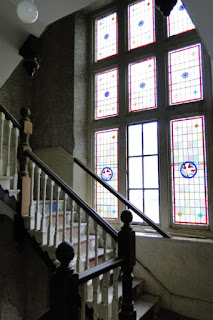 Outside is dilapidated garage and a grassed garden area - a fair bit of which seems to have fallen into the sea since its B&B heydays. For the best view of the location, have a look at Jason Ford's quadcopter video from 2013, below.

Seafield House is up for auction on Wednesday May 25th, at 3pm, with a guide price of £400k, via Seldons. Details here.