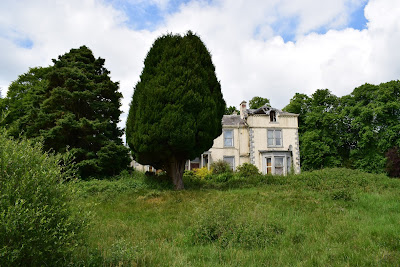 A lovely email from Frances at the Scottish Empty Homes Partnership, prompted me to have a look at Scotland today. And here are two handsome but left-to-rot Scottish manses.
The downside is that the agents have only supplied external photos (which really annoys me...), but given the holes in roofs and broken windows we can make a decent guess at what might be inside.
Above and below is a five bed house at Lochanhead, five miles from Dumfries, sent to me by reader Wendy. Three reception rooms, games room, bar, halls and kitchen downstairs, five bedrooms (four en-suite) on the first floor and four attic rooms above - this was definitely once a party house!
Large gardens (though how much land isn't clear). And a lovely, airy hole in the roof: 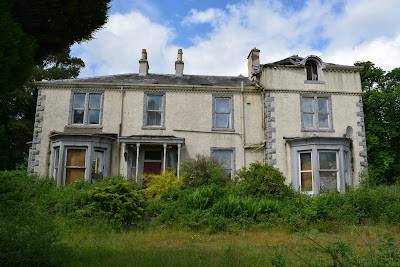 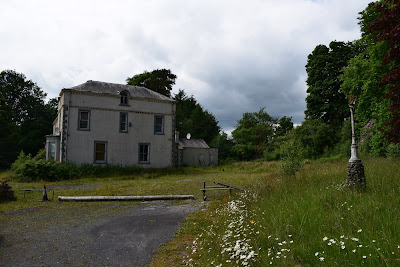 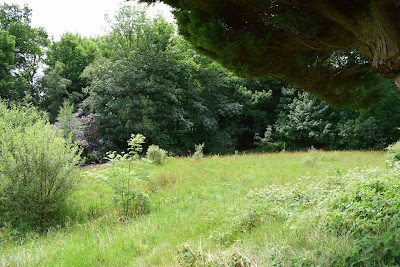 The agent, GGM&W, describes the 19th Century house as "derelict and in need of total renovation" and suggests that the buyer may choose to demolish the (unlisted) building and start again. Which might make it, at offers over £150k a rather pricey bit of land. And a waste of a lovely building.
Details here and here.
I mentioned the Scottish Empty Homes Partnership at the start of this email. The work they do, in monitoring and advising on empty homes, is important and part of a network of organisations and websites that I use and that are doing a brilliant job in helping to track and record beautiful buildings left to fall down.
Asknish House, at Lochgair (below) is good example. It had been on my radar for a while but I was put off using it because of the scale of the project and - again - the lack of internal photos. However, an email from reader James prompted me to look at it again. 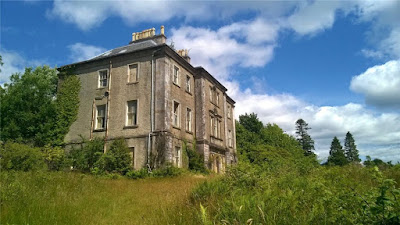 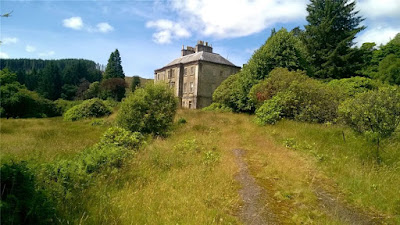 According to the listing on the (also fabulous) Buildings At Risk register, B-Listed Asknish seems to have been empty since 2007 at least, having last been used in the 1990s as a holiday let.
External inspections in 2009 and 2012 suggested the building was neither secure nor watertight (more here).
Pictures taken in 1990 show what was then a handsome 18th century Georgian country mansion with a stunning interior: 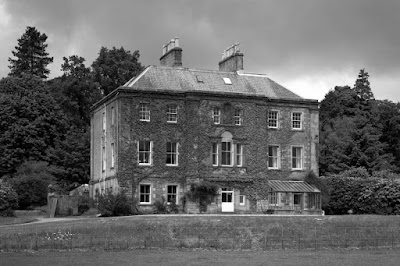 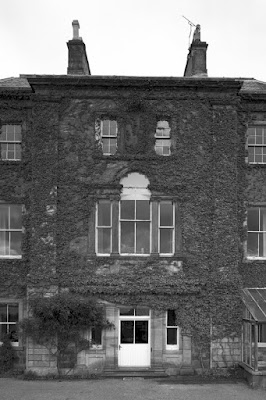 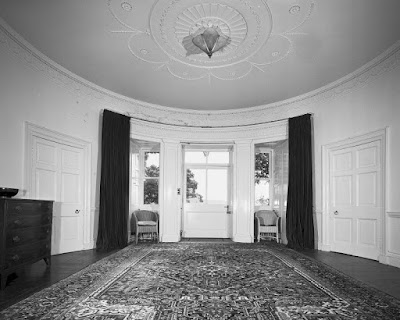 Photos on urban explorer websites 28DaysLater and DerelictPlaces (both massively useful and important) show recent damage and this 2012 report by DerelictPlaces member 'SeaOfLove' is wonderful - stunning photos, some of which I've used below: 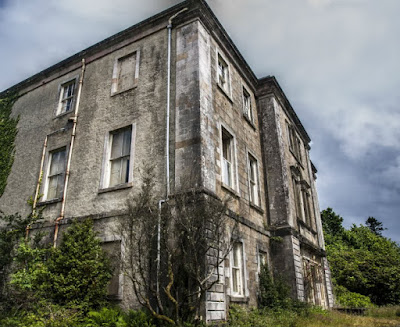 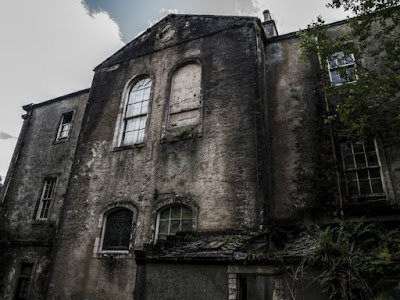 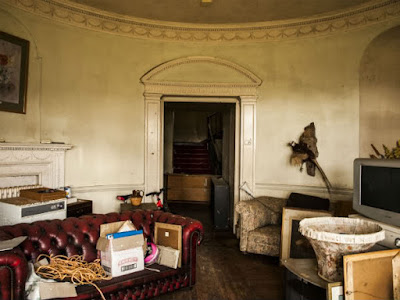 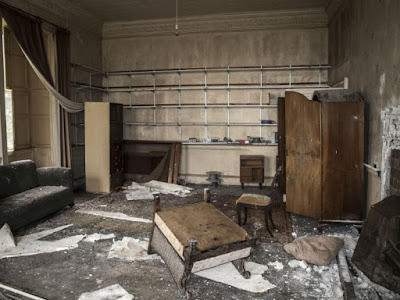 Quite often for me, a photo on an agent's site is only the start of the process. I'll get lost down a rabbit hole of information, trying to discover more of the story behind the building. It's the fun bit.
Anyway, back to Asknish House. Strutt & Parker are selling Asknish House with 49 acres of land as Lot 1, and a further 56 acres of farmland as Lot 2.
The Grade-B listed house has 8 bedrooms and dozens of other rooms over three floors. This plan is from 2009 (I suspect the agent hasn't been inside to produce a current floor plan): 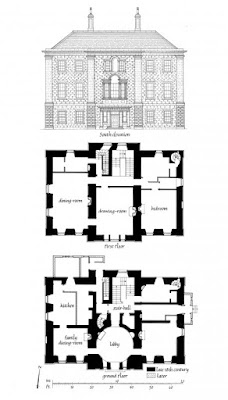 The location is quite stunning, including half-a-mile of frontage onto Loch Gair. 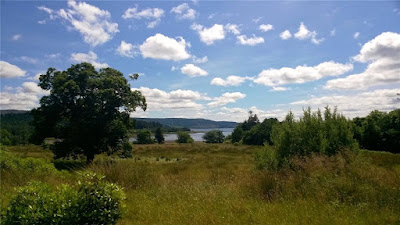 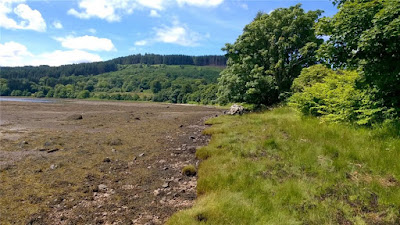 On the market at offers over £250k through Strutt & Parker, details here and here.