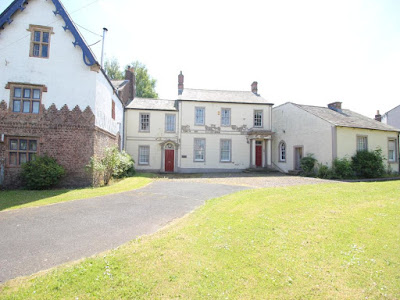 I have a thing about turning non-houses into houses: hospitals into family homes and pubs into country cottages. But this is the first time I've featured a convent.
Actually a convent school.
Grade Two-listed St Ursula's Convent School is in a pretty area of Wigton, in Cumbria - about seven miles form the Lake District National Park and about 12 from Carlisle.
It's a gorgeous building. Not sure how much of it needs doing up but a fair bit of it would need re-modelling.
It's a bit of an odd layout - a warren of rooms downstairs - some enormous and others basically cupboard-offices. The agent's details are pretty light on the details bit and, although a kitchen is mentioned, it doesn't look there are bathrooms (although presumably the convent girls at least had access to loos?). 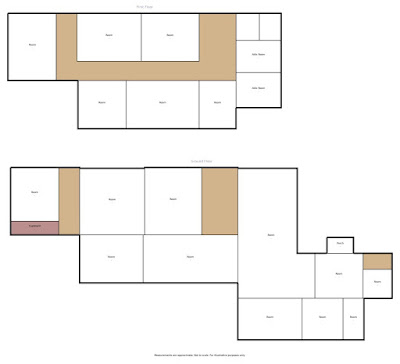 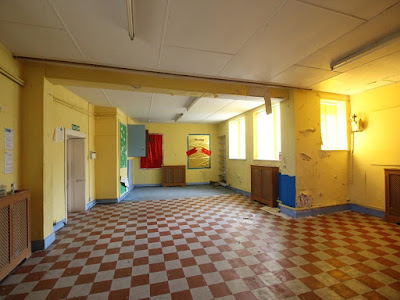 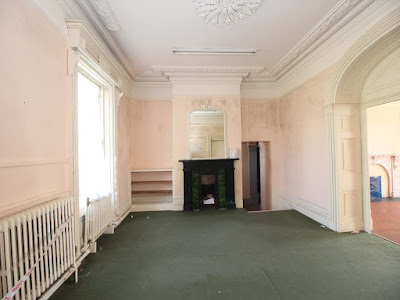 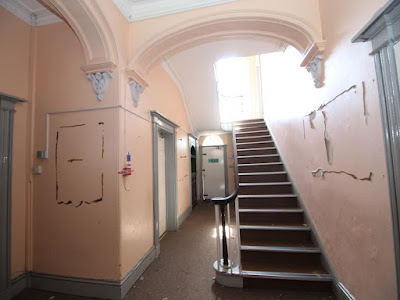 The property is described on Zoopla as detached but the agent's site doesn't mention that and I couldn't work out what the relationship was between the buildings in the pictures.
I think it's the cream buildings with grey-edge windows in the picture below, plus the brown school-like building just peeking out behind that front cream one. If any Cumbrian 'Wreck' readers fancy wandering around and reporting back - that would be much appreciated! 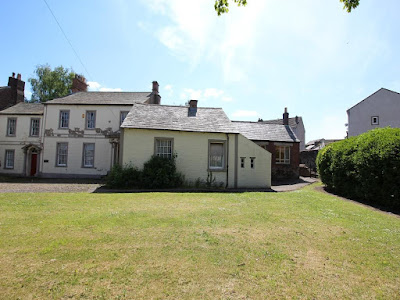 There are good-sized gardens and plenty of parking space. And you get to play in a proper playground! 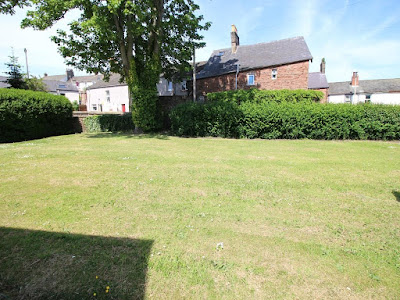 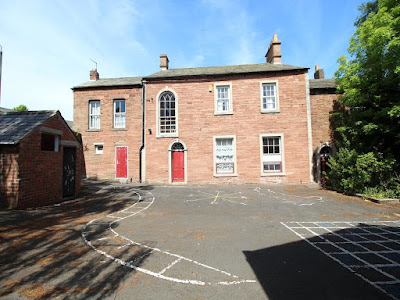 The property is on the market through YourMove with a guide price of £300k. More here and here.

PS: 'Wreck' reader John emailed to tell me about the Cumbrian wreck below, at Hackthorpe near Penrith. It's up for auction this week (Thursday, 15th September) hence my tacking it on the end here.
Very wrecked (the ceilings bother me most), but very lovely. Not listed, which is a plus, but close to both the A6 and the M6 (a plus or a minus, depending on your commute situation). 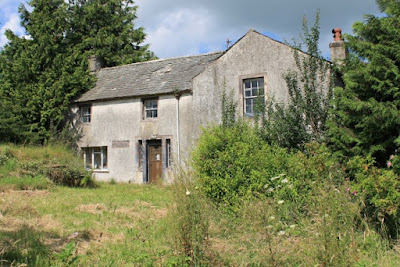 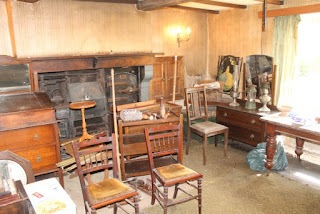 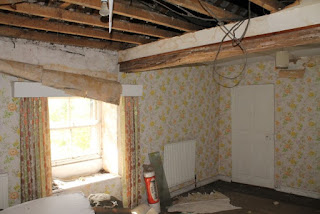 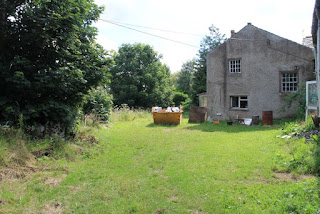 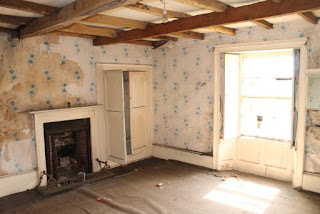 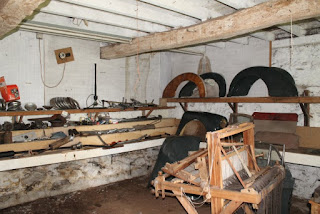 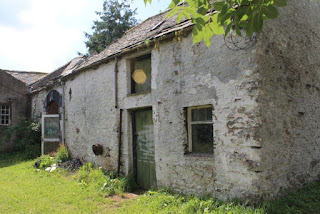 On the market with Auction House at a guide price of £175k, more here.