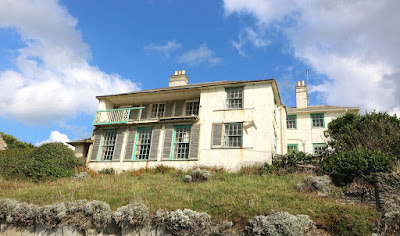 What the heck happened?! The world is weird and crazy and Trump is on his way to the White House and too many people now think it's OK to wear their ignorance like a badge and their racism like a party hat.
And I'm sorry that I've introduced politics into our little place of escape on the wild web, but nowadays I'm not ready to make nice .
However, back to our little place of escape.
This gorgeous Devon villa is called the White House. It sits above Woolacomb, looking out over beaches and seascape towards Lundy Island. It is dilapidated and stunning and, at £1.6m, the most expensive property I've featured.
But there are twists in this particular tale. 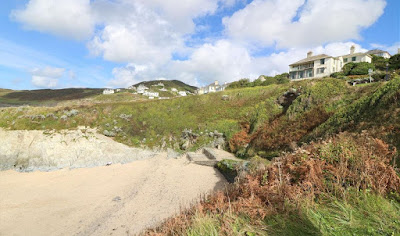 The property sold at auction in February this year for £1.28m - almost double its guide price of £750k. A £300k mark-up is a pretty nifty "flip"... even with that extra bedroom the new owners seem to have found.
Let's go back a bit (I'm grateful for the detective work of fellow blogger Joyneaology). There are mentions of two elderly occupants - a Jeremy Cole, who died in 2015, and a Violet Bury.
Miss Bury was living there in the 1940s, according to newspaper reports found by Joyneaology, and there are mentions elsewhere online of the house being occupied at least until 2011.
However, it looks like that final occupant was the elderly Mr Cole and the timeline suggests he may have bought the house from Miss Bury sometime in the 1960s. 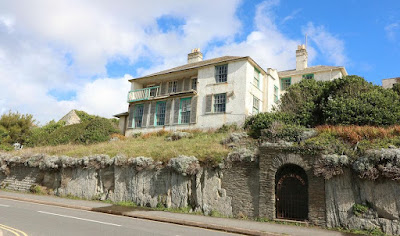 Mr Cole died in April 2015 and it looks like the house was put on the market a few months later by executors acting on behalf of a Catherine Woodcock.
Mr Cole died intestate, which means Ms Woodcock was not a relative and had no claim on the house. The house had originally been put up for auction "on behalf of a charity" in December 2015, then withdrawn from auction and resubmitted for auction in February 2016 on behalf of executors. 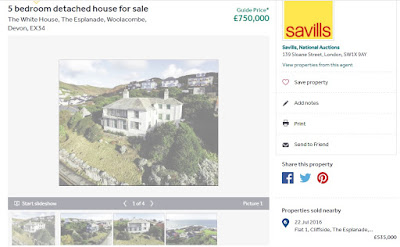 Was a charity able to prove a claim against Mr Cole's (or Miss Bury's) estate (there may be links to the Lundy Field Society, and possibly to the National Trust), or did Mr Cole die in a care home with a charitable arm?
Back to the house. There's very little information on the agent's website. A swish, drone-shot video and a bunch of lovely beach photos, but there are also a handful of pix taken indoors which show the gorgeous space and light.
Tho' at £1.6m, I'd spend a few quid on boarding up those broken windows before the winter rains or vandals find their way in. 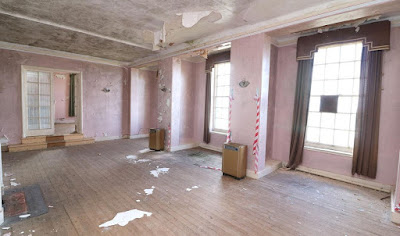 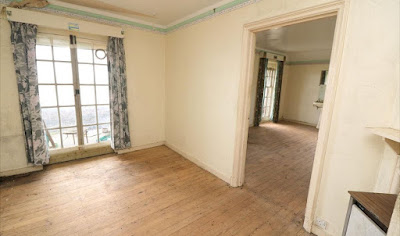 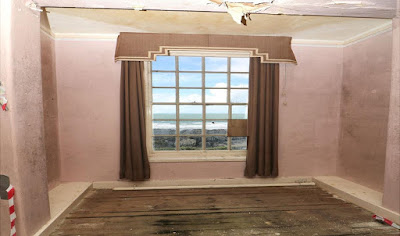 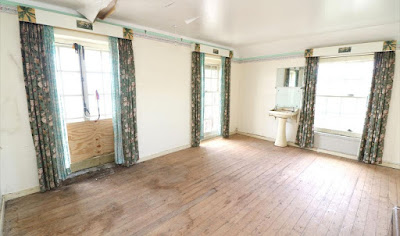 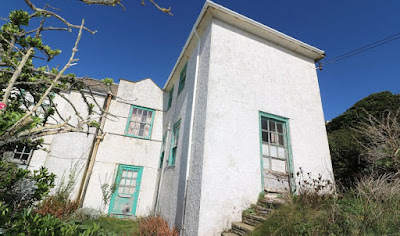 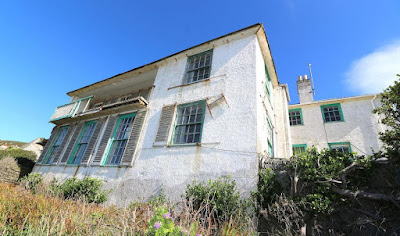 Last year's listing gives a bit more information about the late Victorian property. Downstairs is the kitchen, utility, two reception rooms, office and anteroom (I had to look up 'anteroom'). Four bedrooms and bathroom on the first floor; one bedroom (or two, depending on which plan you use) and bathroom on the second floor. 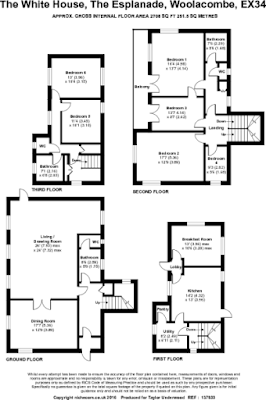 Outside is (possibly still is) a double garage and gardens - around a third of an acre of site in all.
The White House is the market through Taylor Underwood at £1.6m. More  here and here.
Maybe someone should tell the Clintons? 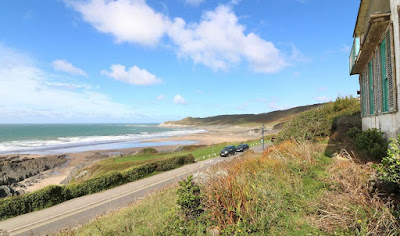