Grand houses left to rot - or not 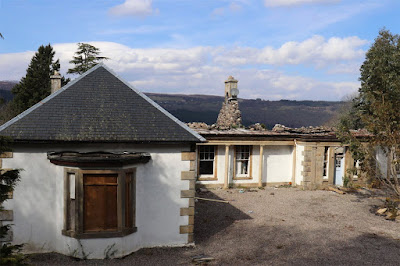 This is bit of a catch-up post. A mish-mash of properties and updates sent to me in emails from readers that I thought I'd pull together in one post.
Starting with this definite wreck.
Boleskine (or Boleskin) House, overlooking Loch Ness, may have already crossed your social media path as it has a bit of a reputation.
Owned by infamous occultist Aleister Crawley between 1899 and 1933, it was bought by Led Zep's Jimmy Page in 1970, before being sold to the MacGillvrays in 1992, and on again to the current owners in 2009.

In 2015, whilst some of that family were out, the house was gutted in a devastating - and mysterious - fire and, by 2018, had been added to Scotland's Buildings At Risk Register. 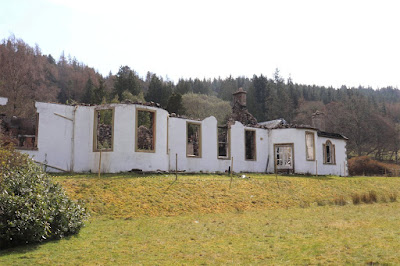 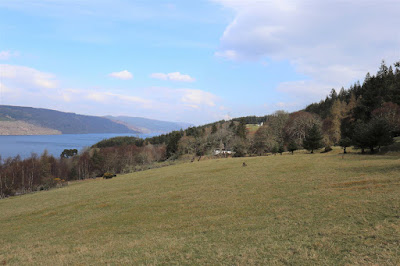 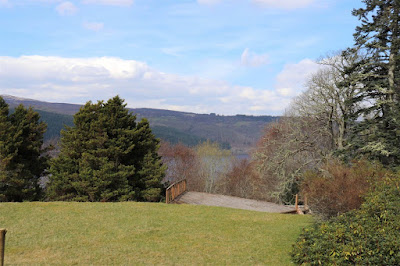 Now the shell of B-Listed Boleskine is back on the market, along with over 22 acres of land, looking for an owner ready to undertake it's next and toughest renovation.
Reader Rebecca, from Seattle in the US, tipped me off about Boleskine House, adding:


I love getting your emails and reading about what you find. My husband and I frequently use the acronym "CYLH" to ask each other: "Could you live here?" Your blog is good fodder for these conversations.

So, could you live here?
On the market at offers over £200k through Galbraith. Details here.
Any of you remember Vectis Hall, on the Isle of Wight? I'd written about the former free school back in 2017, when a battle by locals to prevent it's owners leaving it to fall down resulted in the gorgeous space finally being put up for sale (have a look at the Hall's story and stunning pix on my original post). 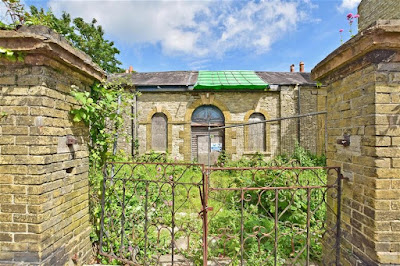 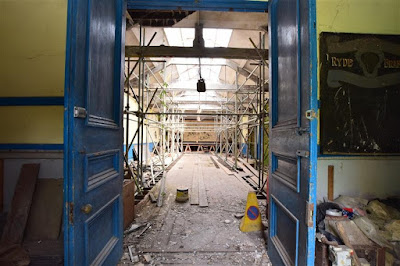 Anyway, having been on the market with a guide price of £150k in July 2017, it's now back on the market with a new agent and a new asking price of "unconditional only" offers over £180k.
Reader Lyn, who tipped me off about Vectis Hall back in 2017, emailed me this week to say the 'For Sale' had reappeared. And, given that the 2017 pictures are still being used on the new sales details, it seems poor old Vectis has continued to be left to rot by whichever owner is now hoping for a boomerang profit.... grrr.
Details here.
And finally while we're on the subject of falling-down beauties, Emma emailed me to say that Manna House, in Lincolnshire, had lost some floors since I posted about it back in 2013.(I did an update in 2018) 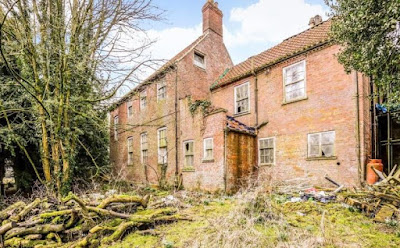 This fabulous post from April 2018, on the always informative 28DaysLater urb-ex site, shows the extent of some of the falling-down-ness. 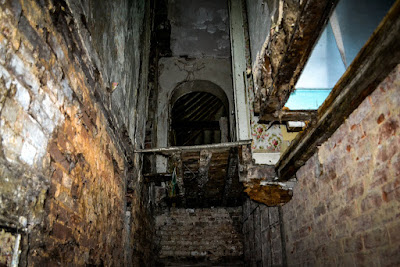 The guide price has at least dropped since last year - from £250k to £225k, but otherwise it's yet another grand house being left to rot down to land-sale only. As I said earlier.... grrr.