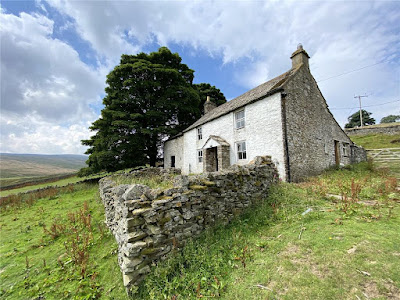 I've been a bit wayward this week. Firstly, writing for another website (and consequently posting a whole bunch of wrecks I'd normally show you first), and secondly visiting a wreck before posting in case I decided to buy it myself.

But in return I can at least give you rather more information about this particular property than I'd normally be able to offer. And obviously a couple of extra gems, just for you.

Blackcleugh cottage, above and below, is an 11 on the 1 to 10 Wow!! factor scale. On a hill overlooking the Northumbrian bit of the north Pennines, the two-bedroom cottage comes with four acres, an attached stable (new kitchen, say I) and a ridiculously low guide price of £100k.

Which is why hubby and I were one of 15 sets of people viewing it yesterday. And 15 the day before, and around 15 every day of the week it's been on the market so far. No chance you'll snap this up for £100k,  but best and final offers are expected by midday on August 23rd. 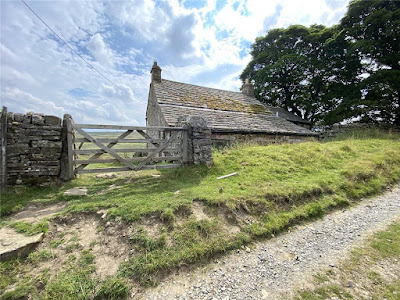 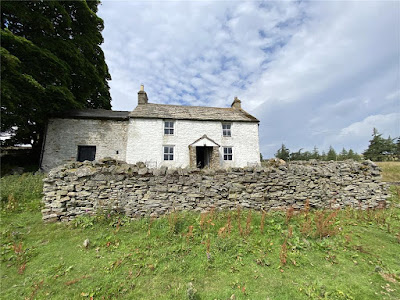 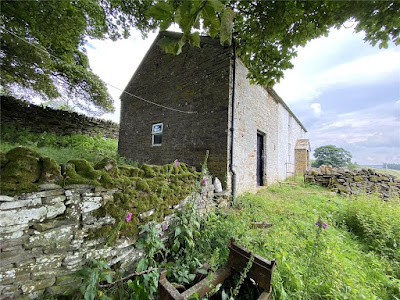 So, having seen it, what can I add beyond the pictures and the agent's details. I can tell you about the bags of spent shotgun cartridges found in the stables and the doughtiness of its old lady owner.
I can tell you access is difficult and parking non-existent - but there's a space at the side of the stable that could be cleared and, should you buy it, you'll be expected to chip in with your neighbours in clearing snow and filling in potholes to keep your shared access track usable.

I can tell you the rooms are smaller and darker, and the stairs narrower than they look on the pictures. And the wall between the pantry and the small sitting room, is only wood and therefore removable. But wooden joists between the upper and lower floors probably need replacing and obviously that wallpaper will bring at least some of the wall with it when you try to part it from its home for the last fifty years. 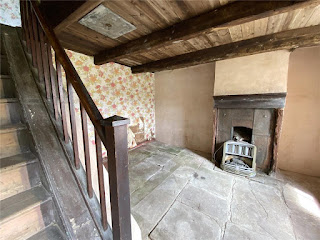 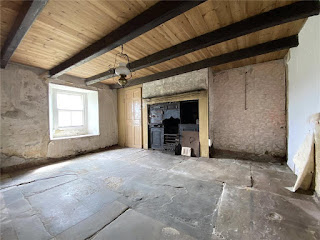 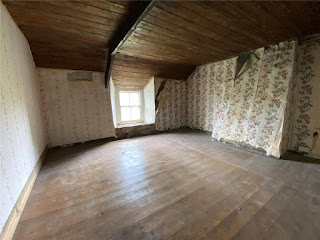 Anyway, hubby and I won't be throwing our hat in the ring next week. Not because we didn't fall in love with Blackcleugh, but because we don't - right now - have the energy and time it deserves.

Someone will, and there will now be a great many more families who, having made that journey to Sparty Lea have now discovered another beautiful bit of the Pennines.

On the market through Andrew Coulson. Details and more pictures here and here.

I promised you a couple more properties. This handsome former chapel, below, is up the track and round the corner from Blackcleugh. Still some access issues (you'll need friendly neighbours) and the change of use legalities are the reason for the low guide price, but very lovely. 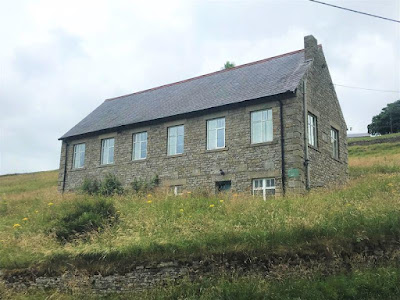 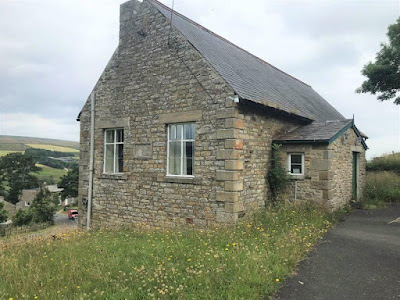 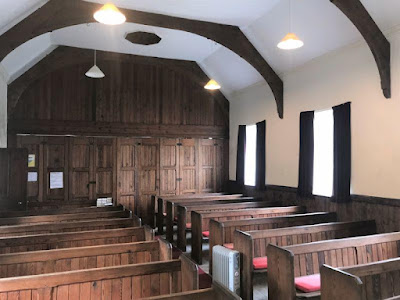 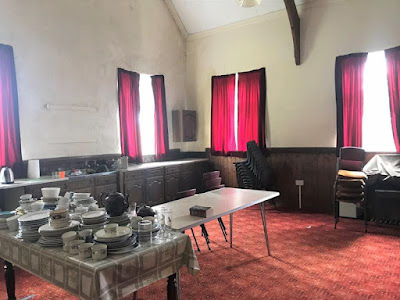 On the market at offers over £110k through Foster Maddison. Much more here and here.

Finally, another former church - this one having already been used as a home.

The Old Chapel is just outside Camelford, Cornwall, and has two bedrooms, bathroom (upstairs), kitchen, and two reception rooms. It's surrounded by "good sized.... open plan" gardens and "a few miles" from the Cornish coast - clearly not ones for clarity at Webbers... 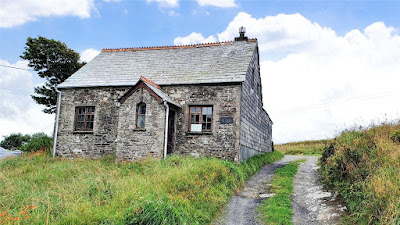 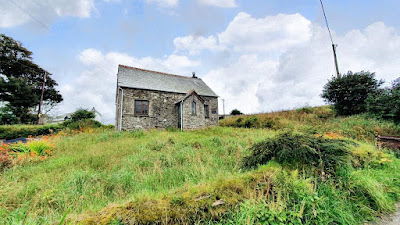 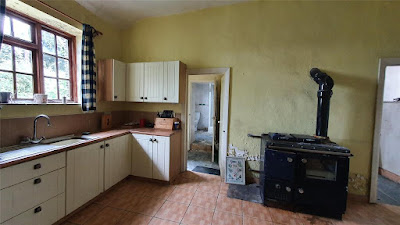 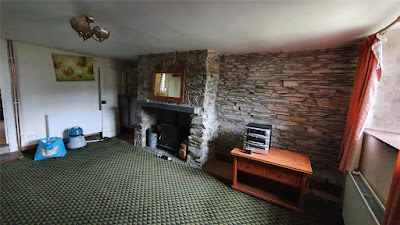 On the market with a guide price of £200k, BUT via online auction - annoying, risky and, along with the note the bottom of the property details about a dispute over a boundary wall, possibly the reason it hasn't yet sold. Details and more pictures here and here.