A warehouse, a tower and a care home 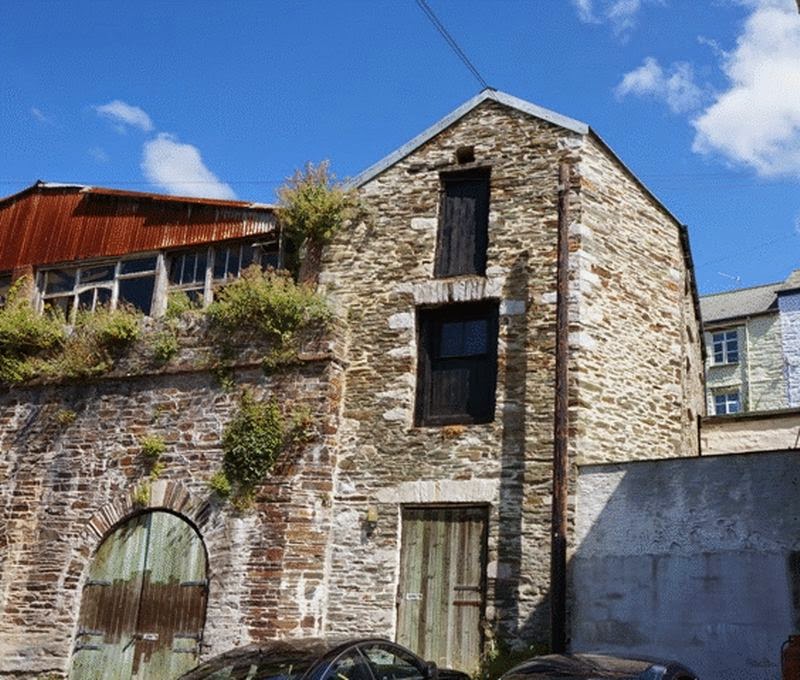 Three odds and sods for you today.
First the former warehouse, above, on the riverside in Calstock, on the Devon/Cornwall border.
It's Grade 11 listed, fabulous views (an area of Outstanding Natural beauty), and comes with planning permission for a three-bed, three-storey home.
You don't get everything you can see in the picture - just the tall building attached to the one with the rusty shed and "living roof" (former lime kilns - you'll want to find out what the plans are for that bit).
Inside are basically three tall rooms, all looking over the river Tamar: 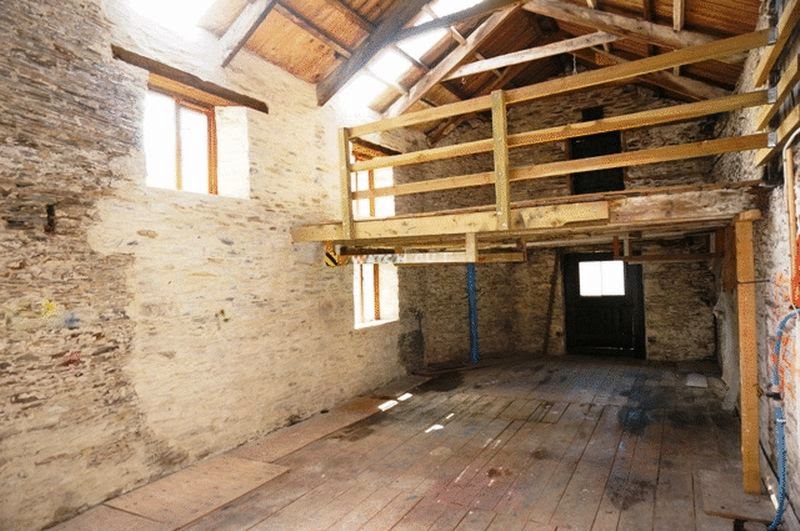 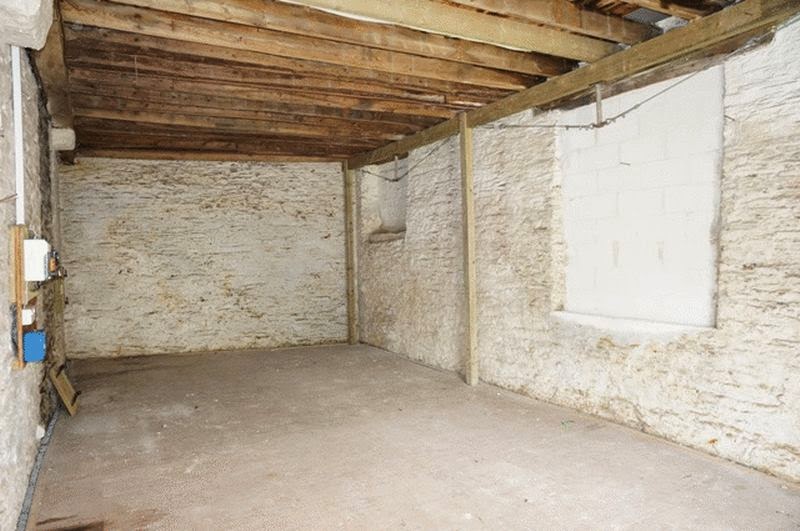 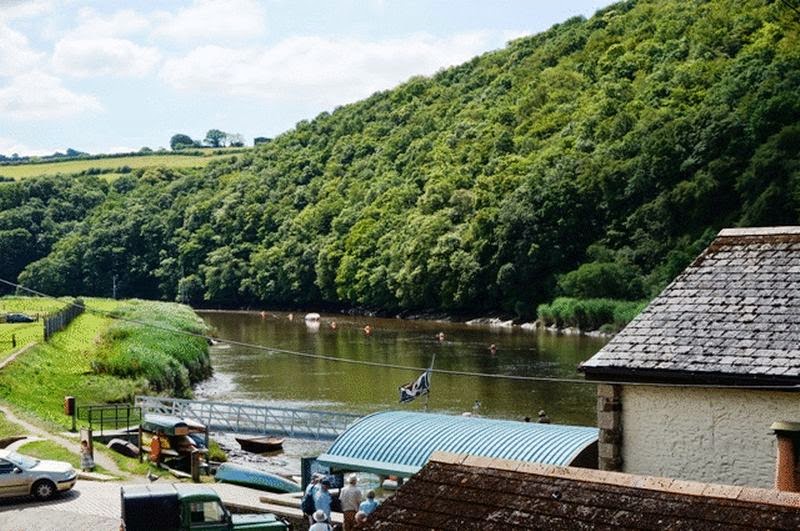 On the market through Kivells at a fiver under £70k. Details here.
The property below couldn't really be called a wreck, or indeed a property. Realistically it's land for sale - which normally I wouldn't go near but I just liked the idea of what this site had been. 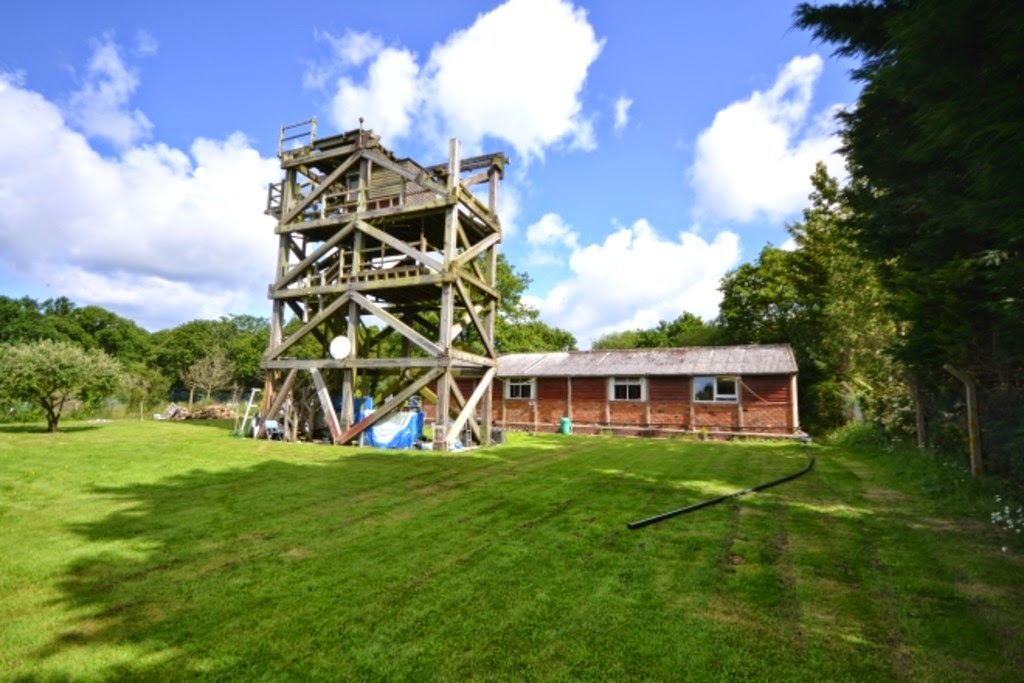 It's a former Ministry of Defence viewing tower (see - don't you think that's weird? Why a tower when they've got satellites and GCHQ and Google? I mean, it's not exactly very high - could they even see over those trees?!).
With the tower is a single storey building, sort of part big shed, part-offices: 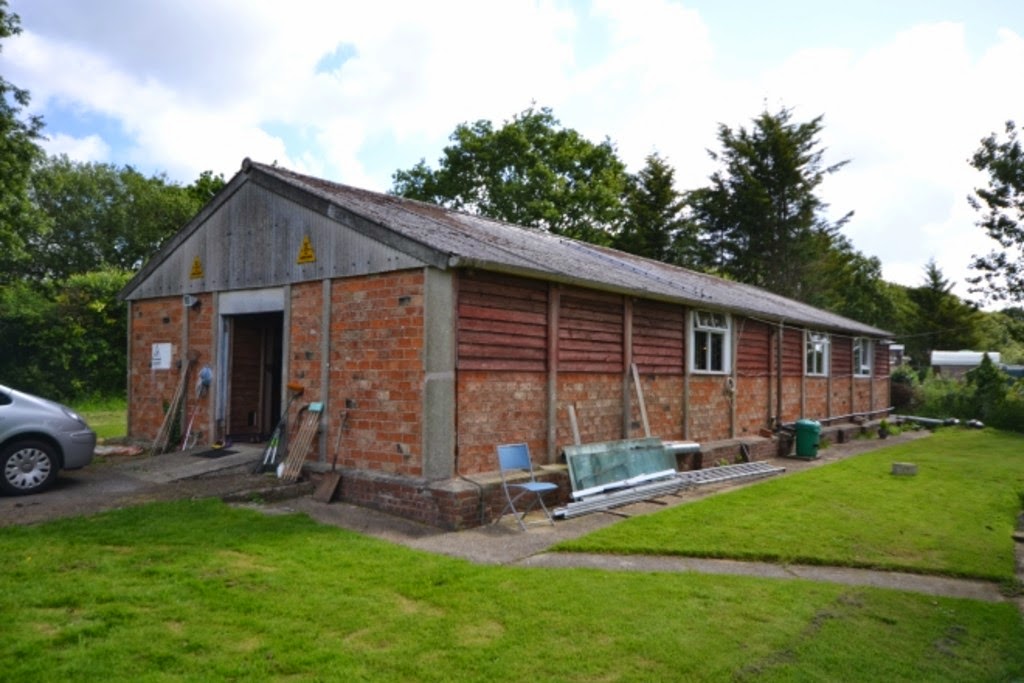 Anyway, none of that matters because the building is sub-standard and the whole lot is being sold as land (about a third of an acre) with planning permission for a single storey, eco-house with two bedrooms. Plans look nice.
It's on the edge of the rather nice Sussex village of West Ashling, about five miles from Chichester, and is on the market at £200k through Stride and Son. Details here.
At the other extreme, living space-wise, is this 12-bed former care home for sale in Foxhole, Cornwall: 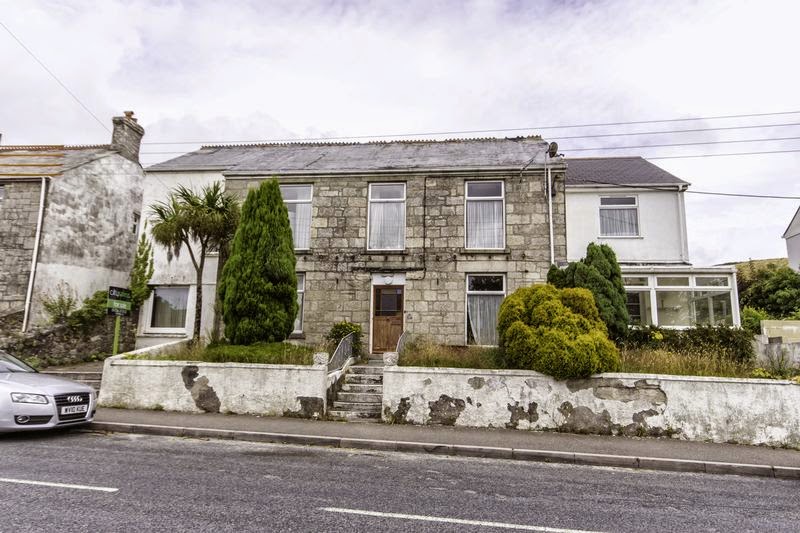 Still a care home inside, with a bit of a ragbag of add-on buildings and extensions (which look like they may have some build issues), but a decent-sized garden and drive. 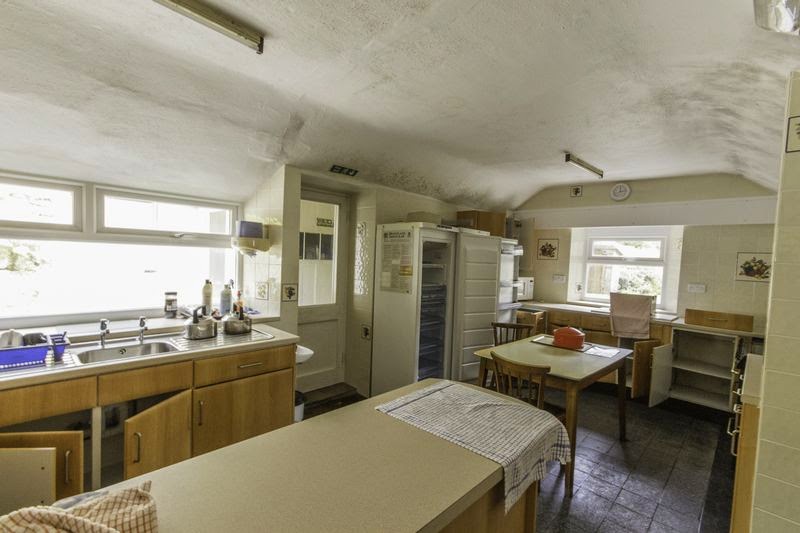 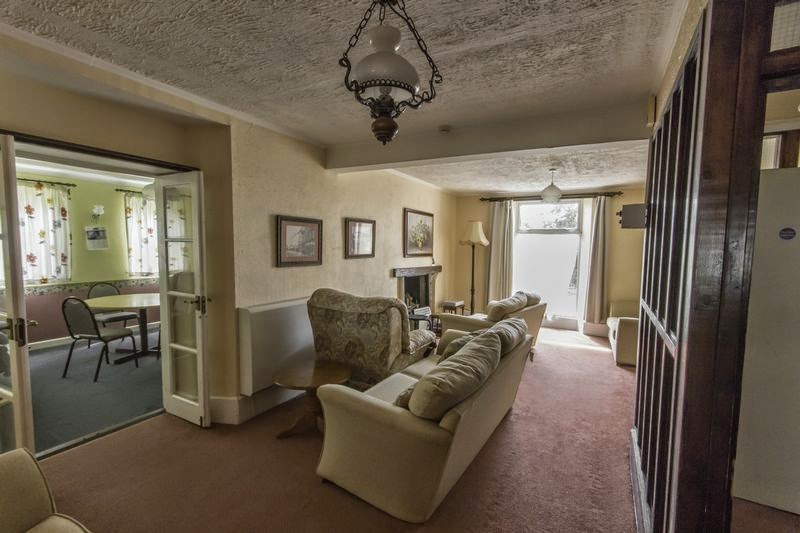 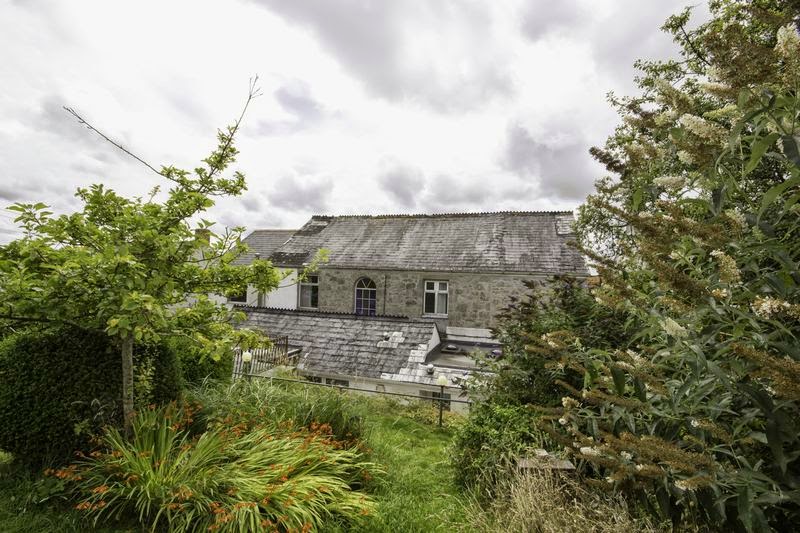 I spent a fair bit of time this morning trying to find out what had happened - why the home had closed and where the residents had gone.
Aside from finding that it may have been Melbourne House and may also have been called Mother Hubbard's, I couldn't find anything about it from either the Care Quality Commission or what's left of local news outlets in Cornwall.
Anyway, wherever its residents went, hopefully it was somewhere nicer - 12 bedrooms, three bathrooms and an inaccessible garden isn't my idea of a home to live out your last days.
It's on the market via CitySales with a guide price of £250k. Details and more pix here.