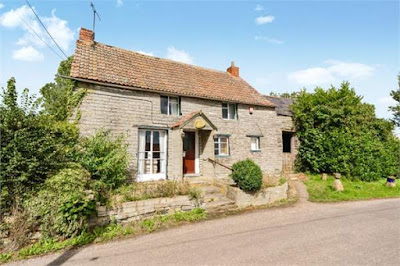 Definitely Good Life potential here - tho' by the time you've finished renovating Merriotts Farm, you'll probably be too cream-crackered to plant spuds!
A fabulous, three-bedroom Somerset farmhouse with attached two-storey workshop and a separate barn. Plus just over five acres of adjoining land (and the option to buy more). 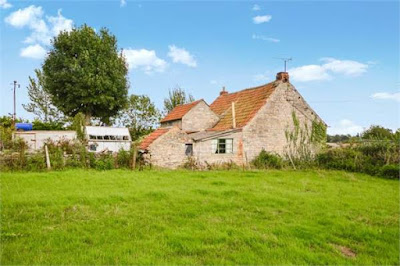 It needs a fair bit of work and modernisation (there's no bathroom, for instance; just a downstairs shower room) and you'll want to knock through walls and generally extend the house space into the work space: 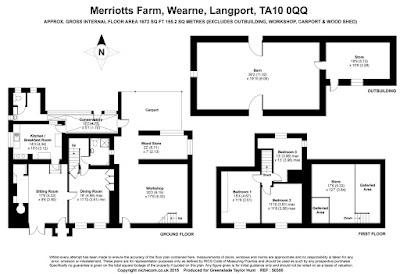 However, the views are fabulous and it's in a nice location on the edge of Wearne, about a mile from  Langport. 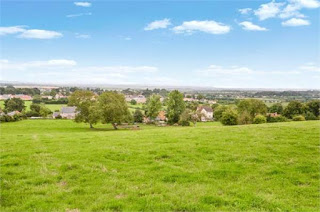 Looks like the last chap to live here probably spent more time in the workshops than the kitchen. And I found the walking stick resting against the exercise bike a bit sad. 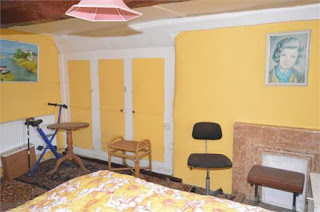 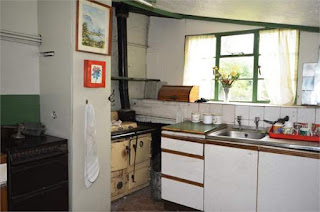 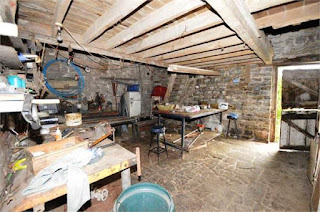 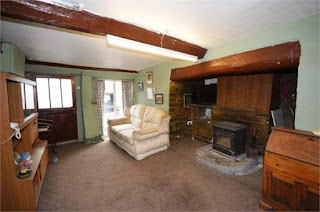 Even sadder that all the tractors and farm machinery were auctioned off last week, and now the house is off to auction. Another farm gone.
Go rescue it and fill it with children and dogs!
Up for auction on October 20th, via Greenslade Taylor Hunt, with a guide price of £300k.
Details and more pictures here.