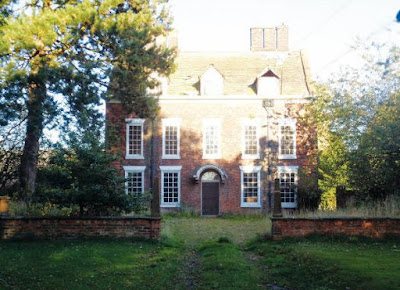 Two chunky Cheshire properties up for auction this week - including this handsome manor house.
The three-storey, Grade II* listed house is on the edge of Great Budworth village, about two miles from Northwich.
Aston Park House is surrounded by large gardens, plus a courtyard with parking. At the back is a two-floor annex, used for storage and garaging. 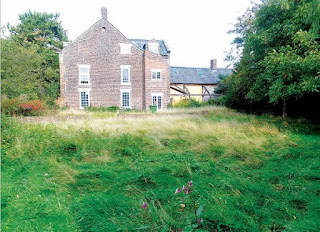 Three reception rooms, kitchen, hall, cloakroom etc. on the ground floor; four bedrooms and bathroom on the second floor and four bedrooms on the attic floor. Plus a large cellar.
There are no internal pictures but it looks like the property has been empty for a while - the kitchen and bathrooms have been stripped.
Back in 2013, it was up for auction through Pughs - Sam wrote about it on her fabulous blog (with some inside pix).
Prior to that, it seems to have been run as a posh B&B.
And in 2014, despite being listed as having "fallen into disrepair" it sold at auction for £402k.
Sort of makes me think of a racehorse, passed from buyer to buyer and never raced...
Anyway, Aston Park is up for auction again - this time through Allsops, on 29 October, with a guide price of £350K+
It's Lot 180
In the same auction is Lot 242, below. A large former care home in Woodley, about ten miles from Manchester. 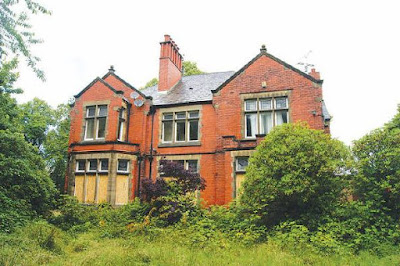 The property, in tree-lined grounds of around an acre, has been divided into lots of rooms - reception room, kitchen, laundry and eight bedrooms on the ground floor; lounge, bathrooms and seven bedrooms on the first floor. Plus outbuildings: 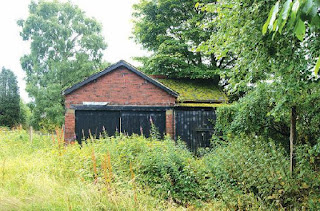 I found some references to it having been both a hotel and a residential care home in the past (as Further Hey) but couldn't find a listing on the CQC - maybe it never got as far as being inspected?
Anyway, the property is at 41 Wernerth Road in Woodley. Guide price is upwards of £425k.