Three homes with views, and some tears 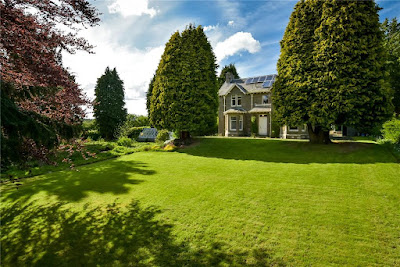 I found myself weeping in the bedroom of an old-lady gone house last week. I often write about them, but it's less often that I actually find myself actually viewing one. But this particular Weardale cottage (sold now) reduced me to tears.

I lost my mum in January and, if you've been there yourself, you'll know that grief has a habit of barging in and messing up what should have been a perfectly run-of-the-mill moment. It was the super-tidy bedrooms with neatly made-up bedding and a single photo left on a dresser. A daughter had been there, done that.

Anyway, here's to all those house-proud now-gone old ladies. May your homes refill with life and love.

Let's kick off this week's picks with a proper wreck. 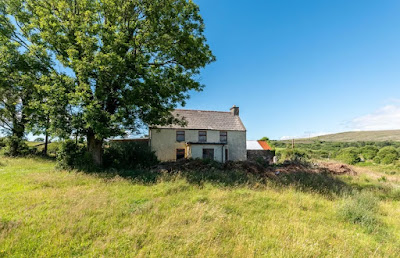 On the gorgeous County Kerry coastline, views of both mountains and water, seafront position (and sort-of access; you'll need to build your steps) an acre of land, plus a great Irish bar and restaurant within staggering distance - all for under £150k. Honestly, I'm spoiling you with this pick ; ) 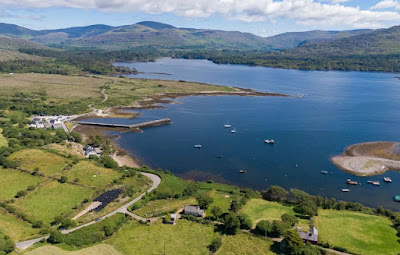 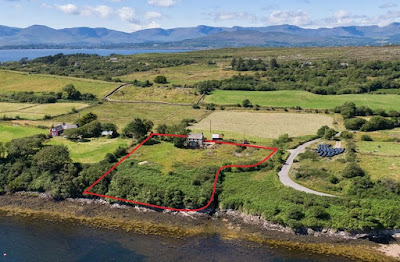 The three-bedroom cottage needs lots of work (including moving that massive downstairs bathroom upstairs) and services are 'minimalist', shall we say (well water, septic tank, open fire heating - but there is electricity, hurrah!).

And you may mostly find yourself staring out over Kenmare Bay and the Cara mountains rather than getting on with the substantial graft needed to turn this pretty spectacular location into an equally spectacular property. 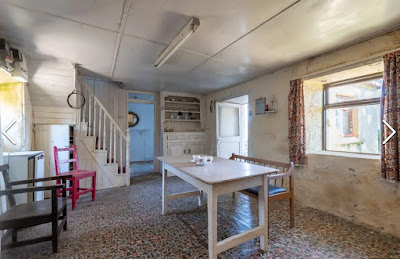 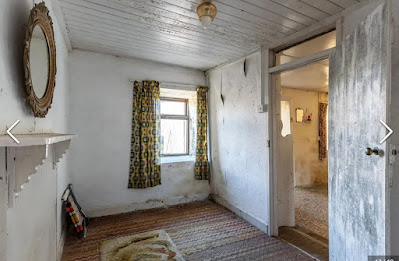 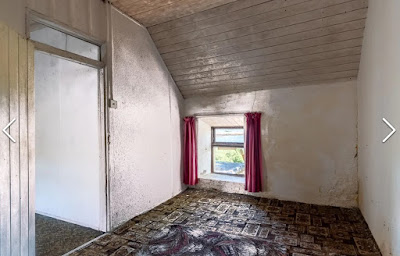 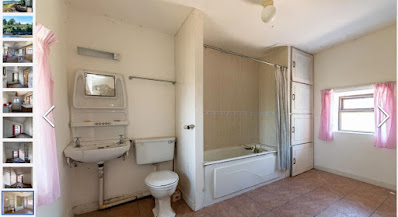 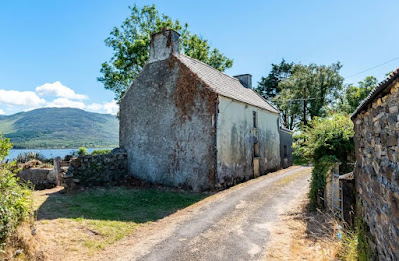 On the market via Connor-Scarteen Auctioneers at Euro 175k. Details and more pictures here.

Overend House, below, may be a bit of an ugly box, but it does have plenty of space, a chunk of land and views across the Irish Sea from its coastal town location. 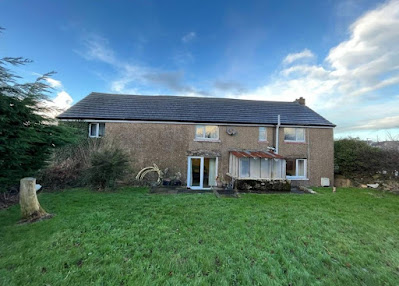 The three-bedroom house is in Whitehaven and some works have already been done (reroofed less than ten years ago; a new kitchen). Although the upstairs rooms need rather more work. 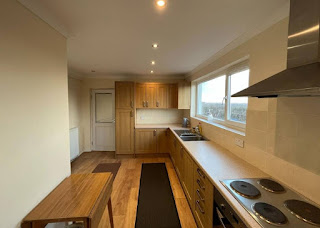 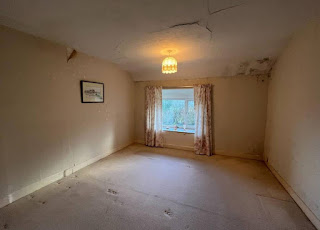 There's an attached two-story garage/store that offers more scope, and the street view shows a pretty private location, on the edge of an estate and backed by a park and fields. On the market through Mitchells at £230k. Details and more pictures here and here.

So, Ireland, England and now Scotland for my final pick. Also detached, with a chunk of land/garden and set apart from its neighbours, is Drumcrea, in Stanley, around eight miles from Perth.

Pictured at the top of this post and below, the five-bedroom villa is more tired than wrecked. Fiddly rooms that will need some remodelling, not least to add at least one more bathroom and double the size of the kitchen, but SO much scope - and gorgeous original features. 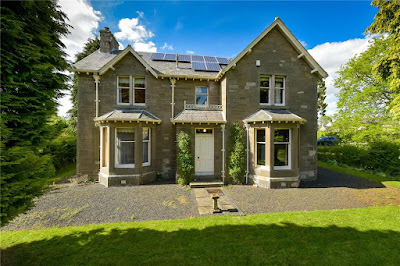 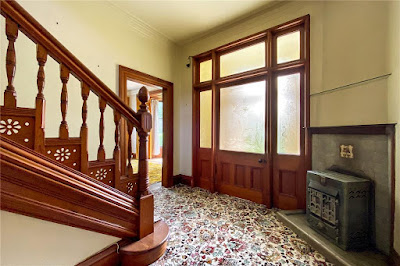 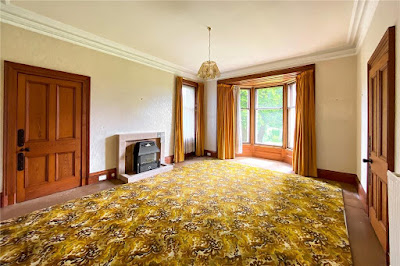 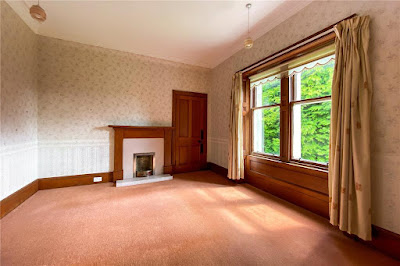 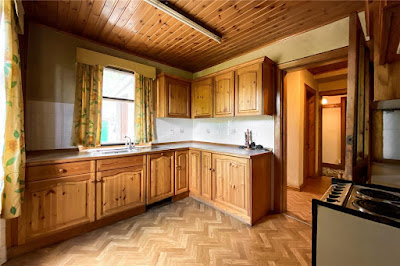 Drumcrea house comes with half an acre of garden and a three acre paddock/field, with sheds and other bits, and views over fields and hills. 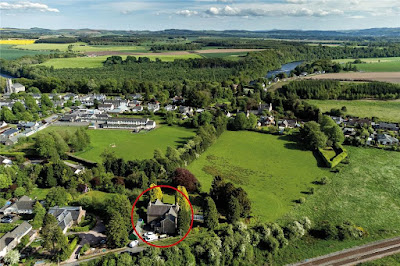 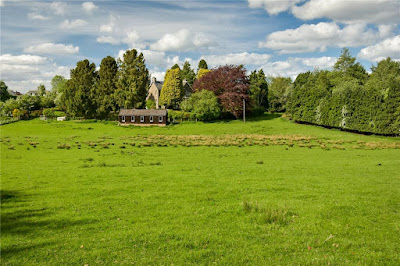 On the market via Savills at offers over £375K. Details and more pictures here and here.