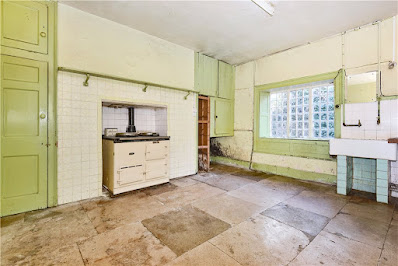 It was the lime green gloss kitchen that did it.

Closely followed by those brick and stone stripes - banding - and my first encounter with Dorset's beautifully creative approach to mixing local building materials.

Anyway, the upshot was that back in May 2018, I picked Grade II-listed Hayden Farmhouse, in Charminster, as my wreck of the week. 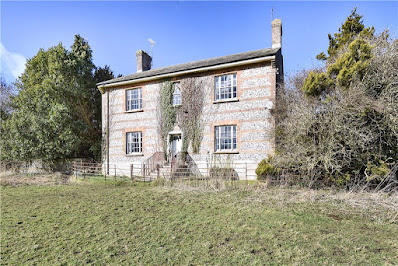 The five-bedroom house (above) had been empty since Olive Miles, the last of the Miles family's generations of owners, had died at 97, and was up for auction with a guide price of £575k.

With the house came nine acres of land, a bunch of farm buildings, and a pretty stunning village location. And also, as I noted at the time, Japanese Knotwood.

Obviously it wasn't just me that was charmed by graceful Hayden house. The property attracted a lot of interest and on auction day, 83 bids before the hammer dropped at £848k.

Last week, one of the family who bought Hayden House and has spent the past three years restoring and improving it, talked to me about that renovation work and their mission to put the house back at the heart of the village community.

The renovation work took around two years, interrupted by lockdowns and building shortages alongside the usual challenges: "If you can think of it, it happened!" Sophie, who now manages the house on behalf of her partner's aunt and uncle, told me. There were planning battles, listings concerns, but also a real drive to not change too much.

"The house just has very good bones. It's a very enjoyable and happy house. Juliette [and Dave, the owners] said this really important thing right from the start. She said that she doesn't want to over-develop it, she wants to under-develop it."

Juliette is from a "long line" of antique dealers, alongside her brother, and her nephew - Sophie's partner, Sam (good taste is "in the blood", said Sophie). That taste floods the house, alongside a commitment to buying sustainably and sourcing craftspeople from within a 25-mile radius whenever they could. Here's a couple of before and afters as illustration. 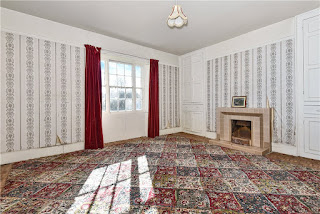 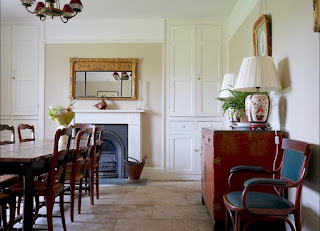 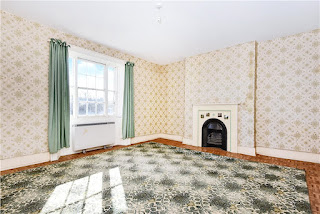 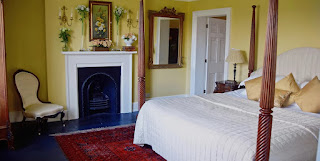 The original plan had been for Juliette and Dave to develop and live in the house, but things changed. Not least through the pandemic. Sam and Sophie did move to the property, leaving London to run their own businesses from the barn and preparing the house as a large group holiday let, something that finally got going last year. Said Sophie:

"We've 100 percent found it's been a great hub for nana and grandad, their kids and their kids - a real family gathering space. What everyone had on their agenda [after the lockdowns] was to get together as a family in quite a celebratory, quite enjoyable way. There were a lot of champagne bottles added to the hampers!"

The house's position, in walking (and hearing) distance of the village church, with neighbouring fields for marquees and teepees, means the family is now hoping to market it for weddings. They're also trying to build it into community life, with plans to open the gardens and to develop the former diary - the heart of the farm during Olive's time - as artisan studios and crafts shops with local makers.

"The grand scheme is to create a hub, a community " added Sophie. "Giving back a little or supporting village development. Everyone's been through such horrors over the last two years and this is a lovely space to be enjoyed and used. Not to be 'Lords of the Manor' but be part of the community." 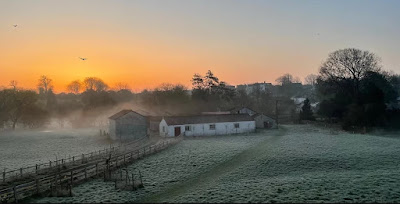 If you've been inspired by the renovation of Hayden House, how about this seven bedroom, Grade II-listed farmhouse on the edge of the Cumbrian village of Gaisgill, within the Yorkshire Dales. 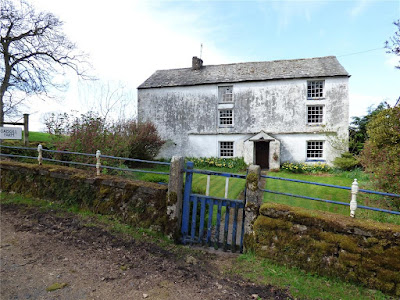 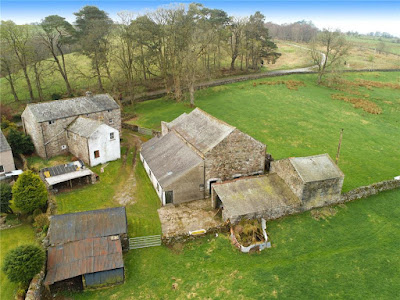 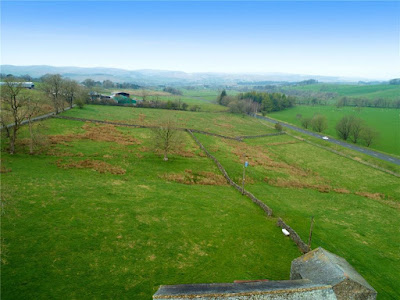 It comes with seven acres and - like Hayden House - a bunch of farm buildings. No lime-green paint kitchen tho' : ) 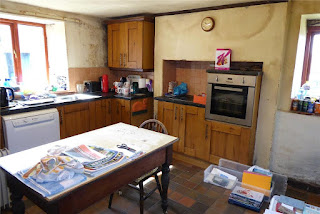 On the market through JR Hopper with a guide price of £750k. Details and more pictures here.