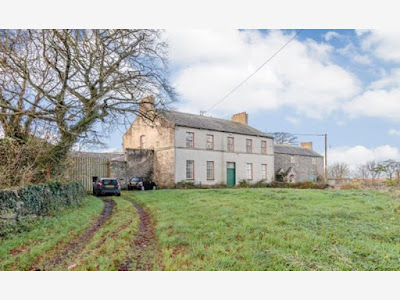 I've "done" Anglesey a handful of times over the years. The first time, way back in 2014 when I wrote about the lovely and neglected mansion of Caerau. Then again in 2015 when I featured three handsome homes (we'll come back to that later), and last month, prompted by a colleague's family-friendly holiday on Anglesey.
Anyway, that 2015 post featured three fab do-ups, one of which - a former coaching inn and stables at Mona - is up for auction this month. Back on the market or perhaps never left it?
The property (above and below) is stunning. Reader Anna spotted it and emailed me (thank you, Anna). But back in 2015, it was James the son of the house's owners that told me about it.
He said his parents had bought historic Mona Inn to renovate it but stopped because of issues with planning. No idea what those issues were at the time, but his parents being septuagenarians decided to give it up the task and put the property on the market.
At that stage they were asking £545k and the coaching inn and stables were being sold separately to the adjoining house.
Anyhoo... it's back. And with planning permission. And (potentially) cheaper. But still without that adjoining house (I'm assuming it's Mona Farm and therefore not on the market).
To be fair, the adjoining house is in the background, behind buildings and isn't part of the estate in anycase - as the pictures suggest: 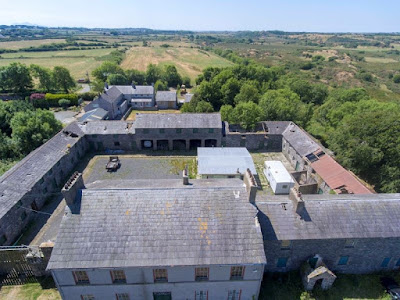 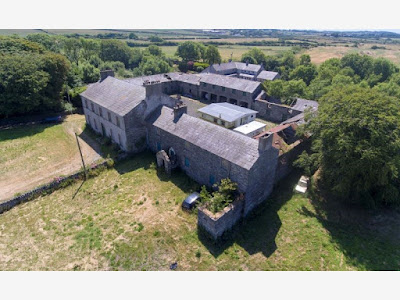 However, rather more disconcerting is that the photos on the agent's site are exactly the same ones used in 2015, right down to that blue rug in the hall and the trestle of tools in the downstairs room. 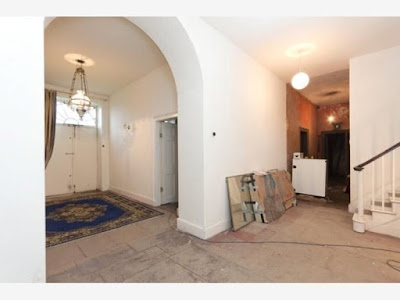 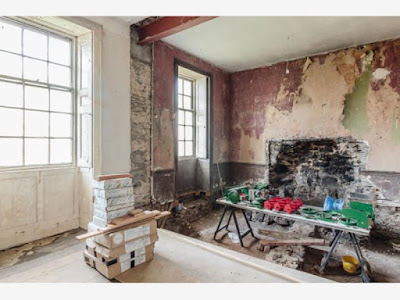 I do wonder sometimes what auction houses do to earn that hefty Buyers Premium, because it doesn't seem to be about providing any useful services to the buyer?
However, as well buying a very handsome building to renovate, you are getting those static caravans and space to live while you work. 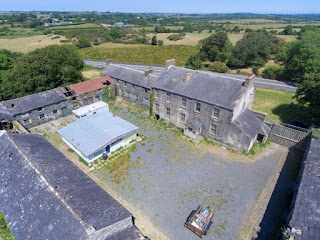 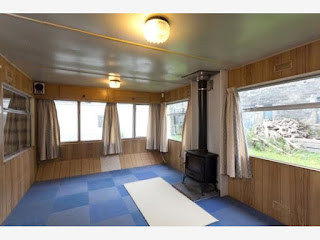 The Grade II listed property is packed with period details and has masses of space. Eight rooms downstairs and eight up, plus five or six large cellars; that quadrangle ringed with two-storey coach houses, a garden area to the front and an (overgrown) orchard of heritage apple trees to the side. 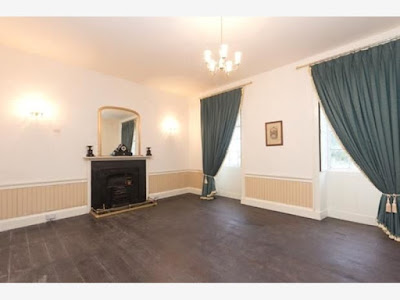 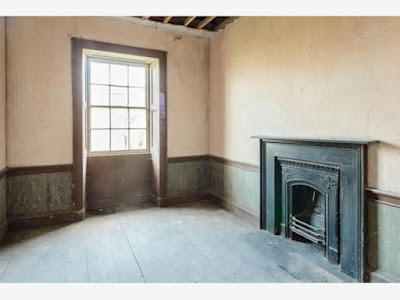 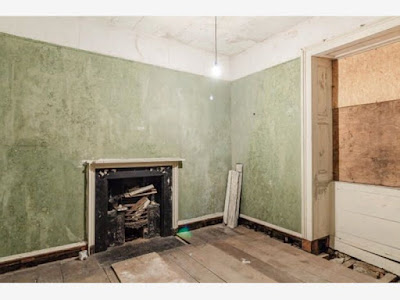 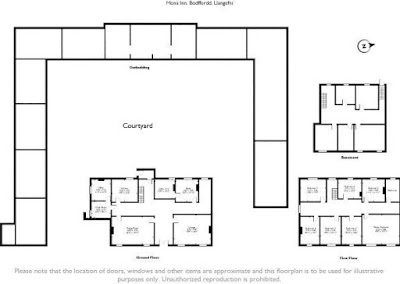 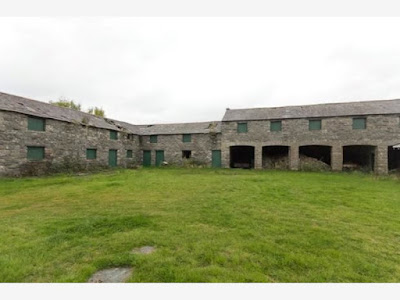 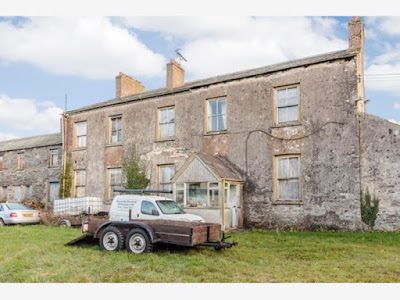 It's a beautiful and historic space that really does need someone with energy, vision and a couple of bucketloads of cash to bring it back to life and loveliness.
Up for auction on August 23rd with a guide price of £315k, plus fees and tax, via Town and Country. Details and more pictures here and here.