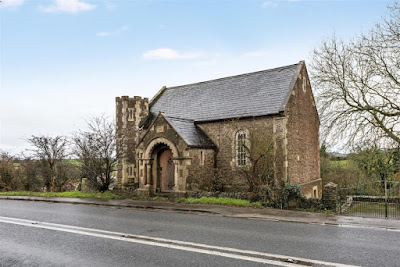 We're going south today. Largely because I'm aware I've spent rather too many weeks recently showing you do-uppers in the North and Wales, but also because several of you have asked me to look southwards.
I'm starting here, with this extraordinary former church on the A46, just outside the village of Cold Ashton, and about 10 minutes from Bath. 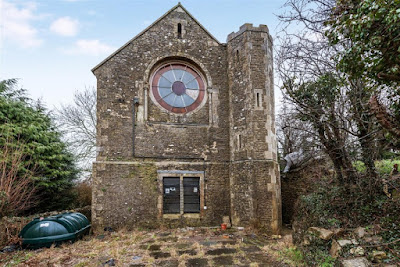 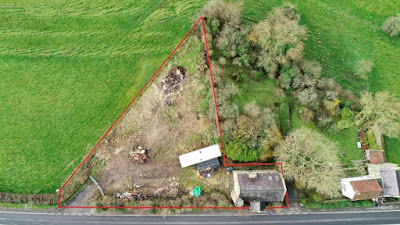 Unusually for a church, it comes with a fair bit of land - which almost makes up for its roadside frontage, and some conversion work has clearly already been done.
Although I'm with reader Liam (who sent me the link) that the works haven't exactly enhanced this gorgeous building:


For my money the mezzanine that's been put in on the upper floor would go and I'd have an open plan living space, with the bedrooms downstairs in the current 'kitchen' area. Something about dividing up tall windows in old church buildings doesn't sit with me. 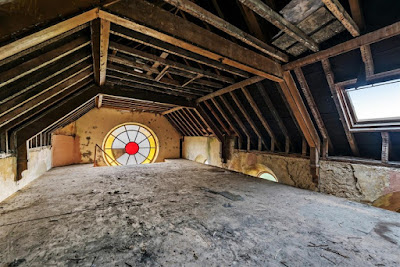 The church is Grade II listed, with gorgeous valley views (ignoring the A46), and quite stunning original windows from which to admire those views. And a tower! It has a tower! 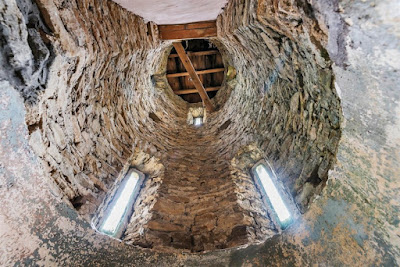 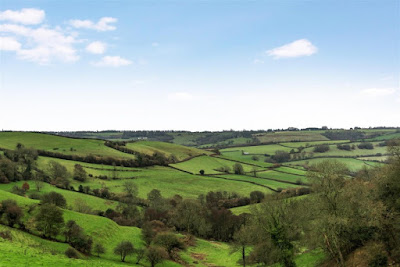 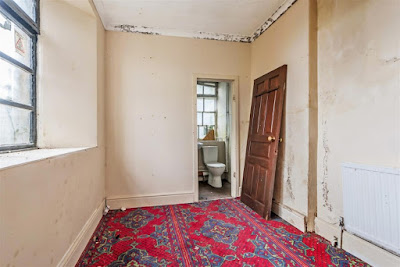 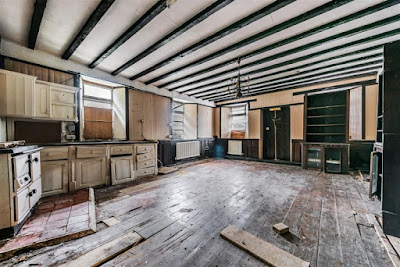 It's up for auction next week - 27th February - through Hollis Morgan, with a guide price of £230k. Details and more pictures here.
My next pick is not too far from our Gloucestershire church, this time in Trowbridge. There's a sort-of ecclesiastical link too, in that this particular property is the former lodge house to the cemetery. 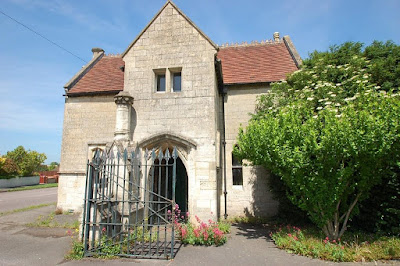 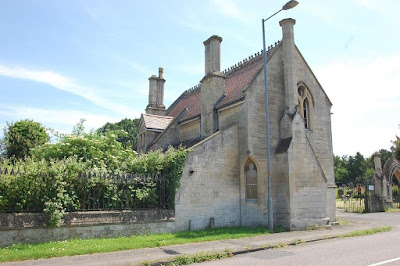 And, assuming you don't have a problem with your neighbours being dead, it's an equally interesting and pretty would-be home. 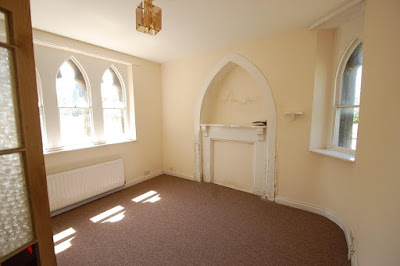 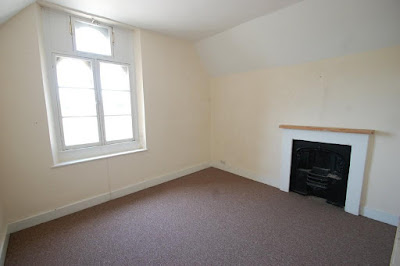 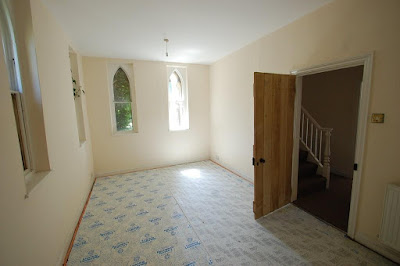 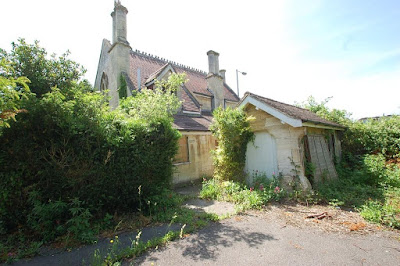 Three bedrooms, two reception rooms, kitchen, bathroom (downstairs) and an overgrown but promising garden, plus the added security of private access to the cemetery after hours...From the agent's notes:


The main gates to the cemetery are locked overnight. The purchaser will be issued with keys to the main gates and to the exit onto Downside Park to allow access. 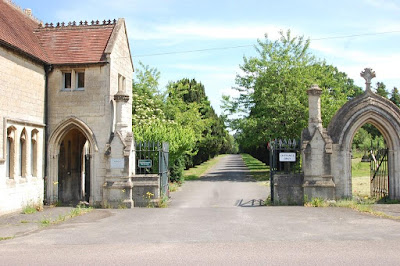 As I said, as long as you don't have problem with dead neighbours, this is a pretty house with some lovely period details, although you'll want to tackle that trespassing foliage.
On the market through Kavanaghs at £240k. Details and more pictures here and here.
My final two picks this week are in Devon. Bear with me on the first one because it's definitely on the pricey side, but hey - sometimes you need a lottery-win style renovation dream. 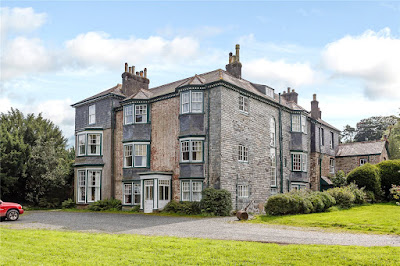 Rumleigh House is about a mile from the village of Bere Alston and about 13 from Plymouth. Grade II Listed and owned by the same family since 1929, it's currently sub-divided into three apartments and a separate cottage. 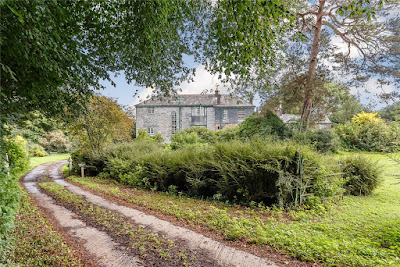 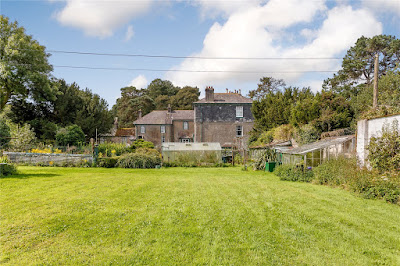 There are extensive gardens (the property was formerly a market garden) and around six acres of land. And fabulous views. 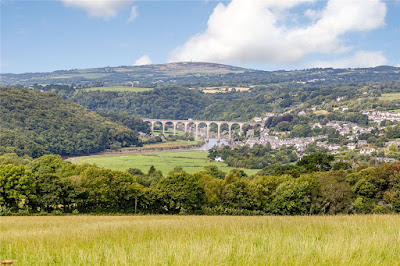 It's big - 10 bedrooms, eight reception rooms and four bathrooms, although that's in part because of the split into separate living areas.
There's also another 23 acres plus a bunch of outbuildings (largely the former market garden business) up for sale separately. I hate it when they do that; split up properties to max return...
Anyway, Rumleigh House is quite gorgeous enough in its own right. Lots of lovely bits, lots of big rooms, lots of potential. Lots of work and investment needed. 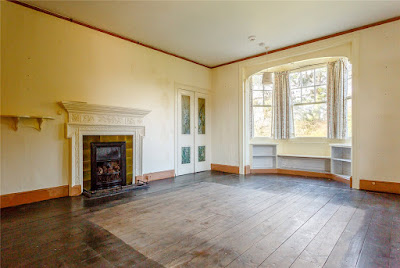 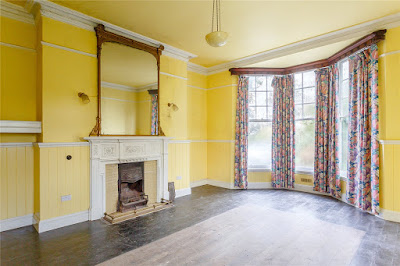 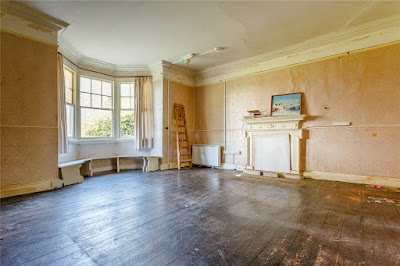 On the market through Strutt & Parker at £750k for the house, garden and six acres (£250k for the market garden land and buildings). Details and more pictures here and here.
And finally, Church Cottage, just outside the Devon village of Blackborough, was sent to me by reader Jo. Jo is one of the readers who asked me to look at properties in the South next, specifically could I "do Devon, please?" 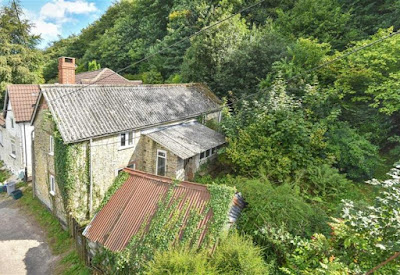 Not sure I've entirely dealt with her plea given that I've only featured two Devon properties - and one being one she sent me (sorry!), but I'll wander back to Devon and Cornwall at some point soon.
As Jo said, the area tends to be light on affordable "wrecks" although she does suggest looking North West of Exeter to get more for your money.
Anyway, back to Church Cottage. 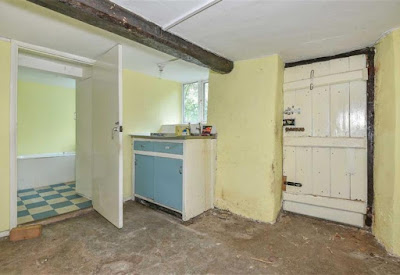 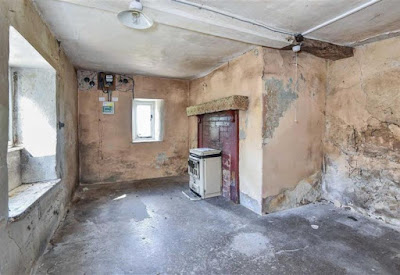 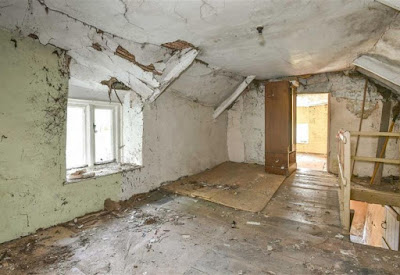 Living room, kitchen, bathroom and separate loo downstairs, and two bedrooms upstairs, with large garden and threequarters of an acre of paddock outside.
I loved the deep windowsills and farmhouse doors - work to do but also an attractive base to work with. Also, I wasn't sure, but does it look to you like some of the windows have been replaced?
Gorgeous views (and at least the road looks rather quieter than the one in front of the Cold Ashton church) and a good location about six miles from the M5 and around 20 from Exeter. 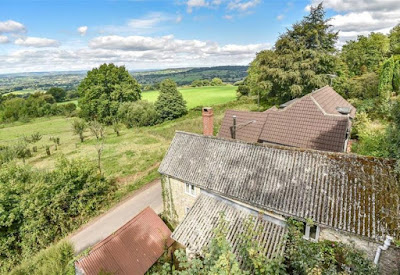 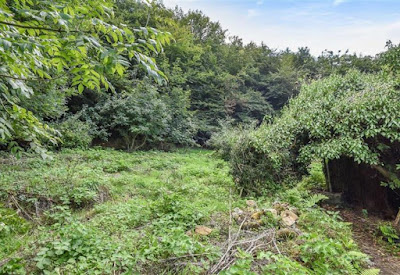 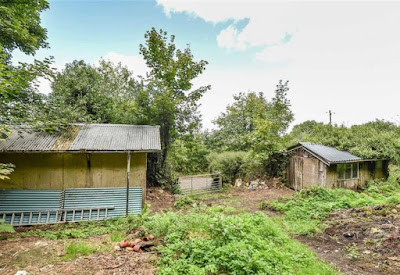 On the market through Stags at £240k. Details and more pictures here and brochure here.