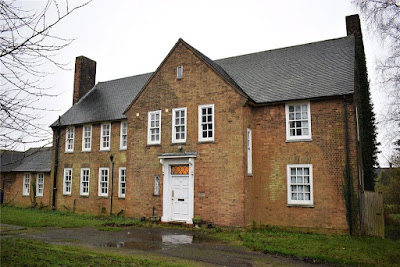 My first home as a grown-up was a solid redbrick terrace in married quarters on RAF Scampton, Lincolnshire.
I was 19, pregnant and just a few months before had been swanning around art school wearing my nana's fur coat and a Canon SLR. It was a bit of a culture shock.
But it also left me with a fondness for Forces property. Much of it well-made and family sized, particularly officer's houses with their delineated levels of grandness to rank, and imposing frontages.
Like this one, the former Wing Commander's home on what had been RAF Binbrook, now the new village of Brookenby. 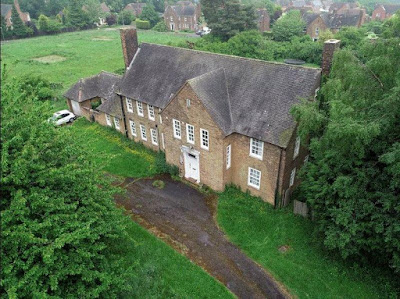 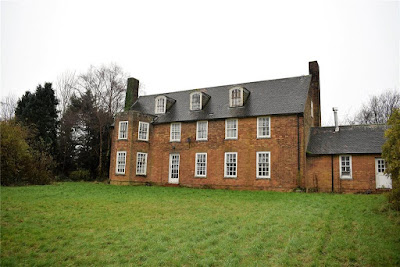 The house is listed as eight bedrooms, four reception rooms, large kitchen and bunch of other rooms. Although estate agents details (and internal photos) are on the light side. 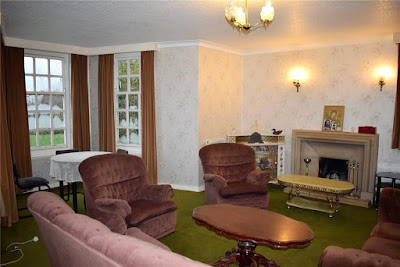 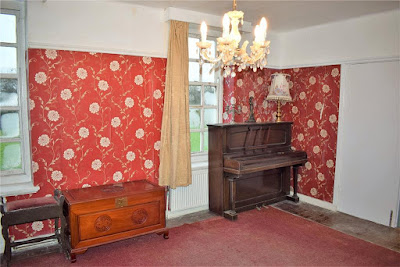 For example, failing to mention that about a quarter of the garden and much of the surrounding land is being sold off as a new build development. These pictures puzzled me: 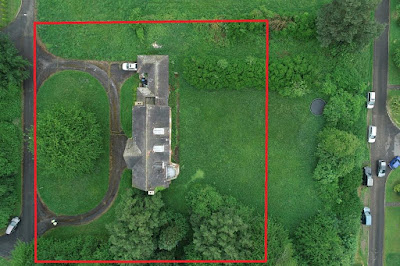 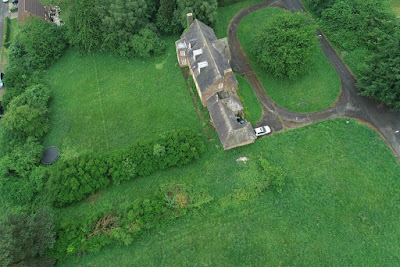 Notice the fence line marked on the bottom picture - and the big red square on the top pic!
Then I found this advert, with this picture showing the neighbouring land being sold separately: 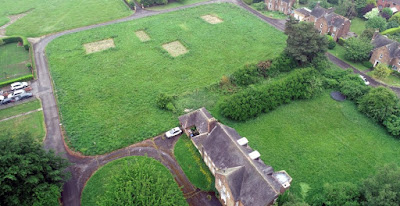 Despite that, it's still a large home at a decent price. It needs work, but the scale (and number!) of rooms and the space available, even with that shorter garden, offer a lot of options. While Google maps and Streetview show an attractive village surrounded by Lincolnshire countryside. 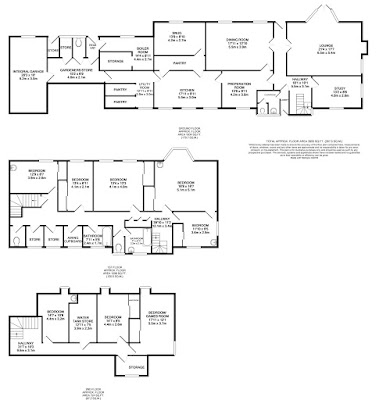 On the market at £350k through Fine & Country, details here and here.
Note that the agents are selling the house plus building plot together for £750k, details here.