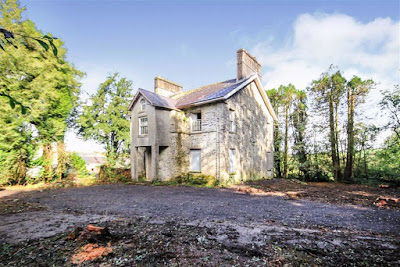 Oh my. Several of you have sent me links to this particular Welsh wreck. Which, I should mention, is up for auction next week (on November 27th).
Blaen Blodau Hall, at New Inn, is undeniably beautiful. The Grade II listed property comes with around two-and-a-half acres of land - much of it rather enthusiastically cleared - accessed via a quiet lane and its own. long drive. Lovely. 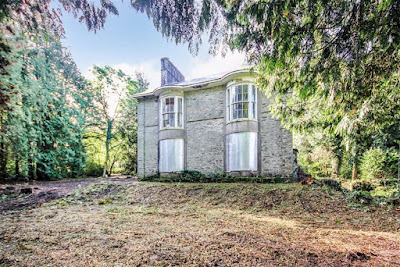 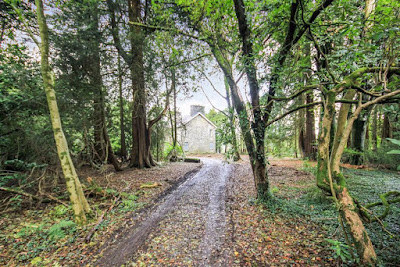 Inside are (hopefully) three reception rooms, a sort-of kitchen, hall four bedrooms and a bathroom.
I say hopefully because most of Blaen Blodau is unviewable for safety reasons - the agent suggests standing in the front doorway is about as far as you'll get in terms of inspecting the house.
No matter. It's pretty clear the property is going to need rather more than a job-lot of Dulux and some reclaimed floorboards. Indeed, the view from said front door into the hall suggests that all the new wood is gamely holding up the old wood. 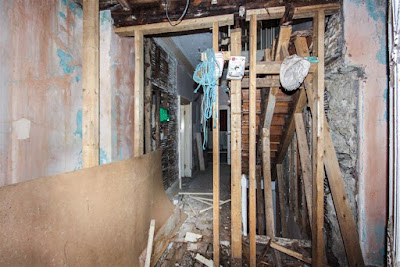 Here's the kitcheny bit, by the way. And below it the basement (very Evil Dead). 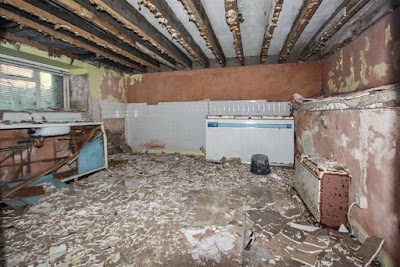 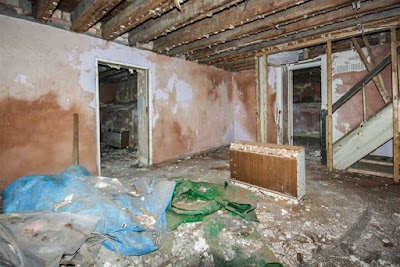 Wales Online said it's been empty for over 30 years, although little is known about the history of the property or, indeed, why it is now on the market.
According to Zoopla, it last sold in 1999, and the only image from that time shows the house looking quite dapper. But by 2008, it had been abandoned and Mark Baker, in 'Forgotten Homes in Wales' showed a disintegrating Blaen Blodau with a tree tumbling into its side.

In 2009, the empty property also attracted the attention of photographer Paul White who has been documenting Wales' loveliest abandoned mansions since 1989.
His blog - www.welshruins.co.uk - is a joy and his pictures of Blaen Blodau, from 2009, show a beautiful, stately building surrounded by trees. Paul writes:


Agents John Francis may have got rather too carried away with the tree "thinning" but that calmness is there even in the 2019 pictures of this lovely house. 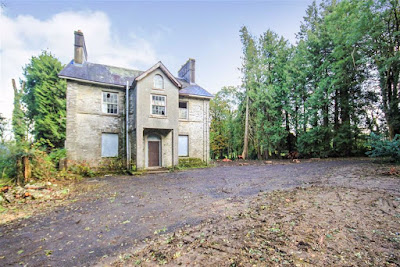 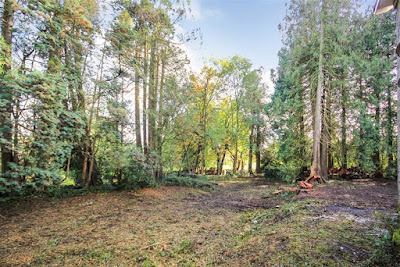 What was also interesting is that, below Paul's 2009 post, two people have commented on having had distant relatives who had previously owned the property. That may or may not be true, but it's pretty clear that whoever did buy Blaen Blodau in 1999, abandoned it soon after.
The property had originally been linked to Blaen Blodau farm - nearby and a working farm run by the Jones family - and there had been (is still?) a coach house.
However, I digress. What you need to know is that the house and it's land are up for auction next week through John Francis with a guide price of £40-£50k (expect to pay triple that). Deep pockets and a lot of heart will get you a quite stunning-looking home in the middle of a very pretty bit of Carmarthenshire. Details here and here. 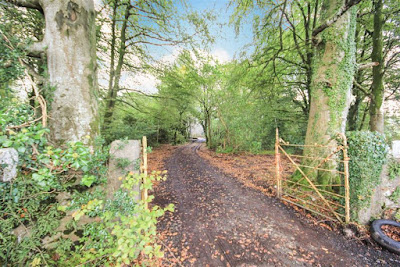